2/3 of young people are leaving the church 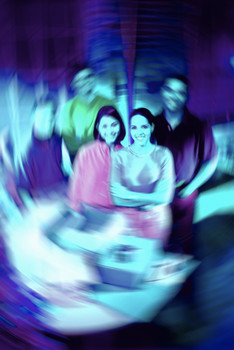 More than two-thirds of young adults between the ages of 18-22 leave
the church. In a new book, Essential Church, authors Thom & Sam Rainer give us the stats and tell us why it’s happening.

“The American church is dying. Conversions are declining in almost
every denomination. Even in some of the more relatively healthy
denominations, conversions to Christianity have stagnated…”
“Not only are we losing our nation to the ways of the world, but we are
not winning our own children in Christian families. Multitudes are
dropping out of the church.”
Commenting on this, Dennis McCallum says, “Most churches have little or nothing going on with college
students–the most promising age range for raising up workers who serve
God long-term. I think it goes to show that churches are more
interested in adults who pay the bills than in raising up workers.”

1. Wanted a break from church.

4. Work responsibilities prevented me from attending.

5. Moved too far away from the church to continue attending.

6. Became too busy though still wanted to attend.

7. Didn’t feel connected to the people in my church.

8. Disagreed with the church’s stance on political or social issues.

9. Chose to spend more time with friends outside the church.

10.Was only going to church to please others.