4 Reasons to March for Racial Justice 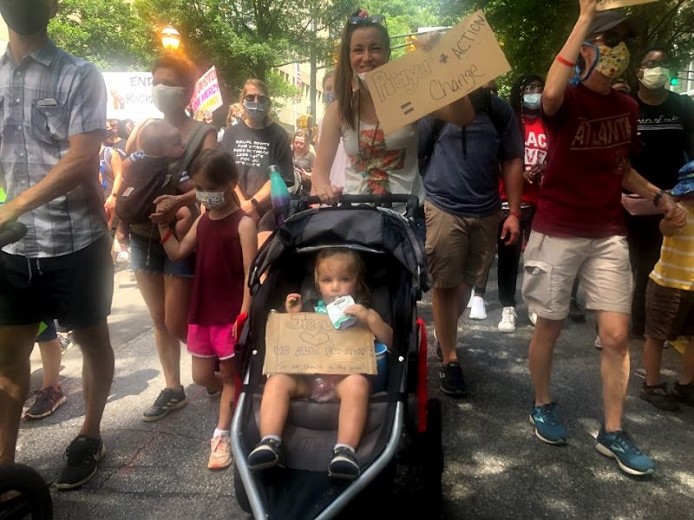 Last week I joined the OneRace March On Atlanta. An estimated 6,000 people of different ethnicities gathered in Centennial Olympic Park to join their voices in the national conversation around race and justice.

After worshipping for an hour, we marched from there to the Georgia capitol building.

Why do we march? What does a march accomplish? We have different reasons. Here are a few of mine:

1. A march coalesces people around an issue.

Along the way, we chanted slogans like “Black lives matter!” For me it was a statement of a simple reality more than an endorsement of an organization. Of course they matter! As we engaged, those who have perhaps been marginally committed may have become more committed. It felt good to have others around us who were similarly committed to the issue of racial injustice.

2. It moves people from passivity to action.

George Floyd was cruelly murdered. That act crystalized the impunity with which some policemen act. White people have largely been passive since MLK was killed over 50 years ago. I remember as a 10 year-old being so moved by his death that I wrote my first poem. But what have I done since? To sit back when young Black men are being killed by the police demanded action of some kind. Belief follows action. People tend to believe what they do.

A march moves the needle in the national conversation. People who didn’t care find themselves caring as they better understand the issues. Media shapes the conversation and moves opinion. Events like a march attract media. March On Atlanta was on the front of the Wall St. Journal the next day.

4. As Christians, we are called to gather and pray.

The OneRace march had a similar goal as many other marches for racial justice. But it was different in the focus on prayer and worship. March On Atlanta was a gathering of believers who believe the 1 Chronicles 7:14 call for prayer and humility will produce a response from almighty God.

How about you? Why do you march? Or why haven’t you yet?