A call to close the Son of God Orphanage in Haiti 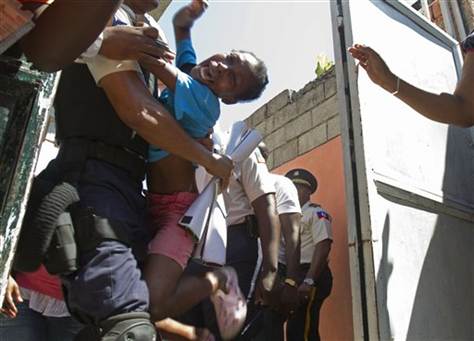 After continued visits to the Son of God Orphanage in Carrefour, Haiti, six charitable organizations (Adventures in Missions, Bridgeway Church, Timberline Church, Children’s HopeChest, Journey Community Church, and Respire Haiti) have challenged the global community to force the hands of international leaders in the closure and investigation of the facility.

According to eye-witness accounts, the children at SOG are alleged to have suffered severe human rights abuses at the hands of the director of the orphanage, Maccene (Max) Hyppolite and his family. Despite consistent delivery of relief for each child, including food, clothes, and medicine, the children have continued to suffer from malnourishment, curable diseases and parasites, as well as complete neglect of acute medical conditions. A recent account included a one-year old baby who was severely burned and not treated until almost two weeks later.

Police conducted a successful sting operation after numerous individuals had been solicited by Hyppolite to purchase children. In July of 2011, Max Hyppolite was arrested while attempting to sell one of the orphans and he is currently in prison for child trafficking in Port au Prince.

Despite the arrest, continued accounts from as recent as October 13th, 2011 indicate that the situation has only become worse, and to date there are 53 children who have disappeared and are unaccounted for. The orphanage is currently being run by Hyppolite’s wife, who not only continues to say she does not know the whereabouts of the children, but has allegedly threatened the lives of the relief workers who have sought assistance in from the Haitian government organization, IBESR (Institut du Bien Etre et de Recherches). Given the sharing of information from IBESR to the Hyppolite family, cause for speculation has arisen regarding the government’s involvement in the trafficking of the children.

The six organizations have worked together with change.org <http://change.org>  to bring this issue to light. They have asked the global community to give these children the voice that has been  stolen from them in hopes of world leaders recognizing the human rights violations occurring and the immediate call for the closure and investigation of the Son of God Orphanage in Haiti.

Ways to get involved: