A community of grace

Something happened in our community yesterday that tested us. How would we respond? Would we be a community of grace or would we respond by crushing people's spirits? A number of alternative courses of action occurred to me, most of them inadequate for the moment. We were four senior ma…
By Seth Barnes
17 July 2012, 12:07 am
By Seth Barnes
17 July 2012, 12:07 am 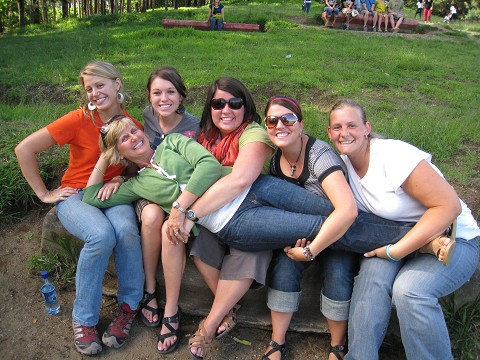 A number of alternative courses of action occurred to me, most of them inadequate for the moment.

We were four senior male leaders discussing the issue. We realized that we needed a woman's perspective. We brought in Rozy and she knew exactly what to do. She understood who should say what and when they should say it.

What a relief to have found a path of grace in such a complicated situation with so many ways that we could fail available to us. And this morning, we're seeing God's wisdom in it.

As I reflect on my upbringing in the church and in missions, and I think about all the complicated situations I was in that needed grace, it's amazing how graceless many of the communities I was in were. When people messed up, they were kicked out. And sometimes you found yourself sitting in the ejection seat and didn't know why.

There was the time when as a young man I was summarily fired for no good reason. There was a string of churches that imploded and fired their pastors. And the church splits. The divisive meetings. The bitter and broken relationships that resulted.

Sometimes the Christian communities that we're a part of can look like train wrecks. It's no wonder that close to half of young people are leaving the church and want nothing to do with it. All they want is authenticity and grace and they don't see it in our communities.

As we launch racers out into the world, we're coaching them in this. The key to their growth is the safety and grace they offer one another in their community. It will be a struggle. There will be tears. But a community of grace is worth fighting for.