A critical mass of redeemed pain 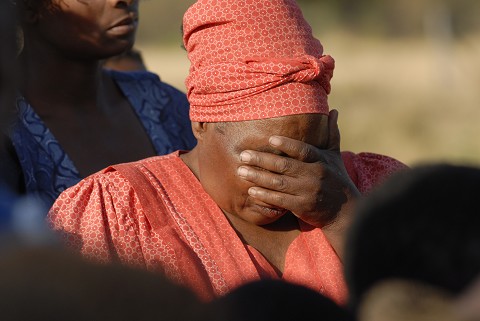 Pain teaches us the value of things. Some folks have to go bankrupt before they live according to a budget. Endure a few months of unemployment and you’ll be thankful for whatever job you can land. Fast for a week and when you finally eat, the food seems so much sweeter.
Yet this is a lesson wasted on a generation of parents who have raced around behind their children with pillows to protect them when they fall. When their children never feel the consequences of their actions, they don’t learn the hard lesson of changing their behavior. English philosopher Herbert Spencer said it well, “The ultimate result of
shielding men from the effects of folly is to fill the world with
fools.”
As long as the pain in our lives never reaches a critical mass, we will continue down the same path. That’s why rehab programs wait for an addict to “hit bottom” before working with them. Until an addict reaches a certain pain threshold, he won’t commit to the hard work that rehab requires. Instead, he’ll game the system. He needs to get to a point where he says, “The pain of what I’m doing is too high. It would be better if I just committed to changing. As impossible as change may seem, I can’t keep going on like this.”
But pain alone is not enough – it must be accompanied by an alternative with some hope attached to it. Rats in a cage who receive random shocks eventually give up trying to fight. We need to see that a way out is possible. We need to experience grace – the redemption of our pain. We’ll put up with a lot of pain if we can at some point see it transformed and used for some greater good.
Some folks experience so much pain that they go into self-protective mode, unable to see even the possibility that the mists of their discouragement might lift to reveal the sunshine of hope. Pain can feel so relentless that we’ll do anything to numb ourselves or self-medicate. Thus, we retreat into a bottle or into depression or into neurosis. We go to a place where it’s hard to imagine a God who might care.
Larry was a guy like that. Last week he showed up on a blog entitled “God, I am sorry,” with this comment:

GOD, I am sorry for my whole life. Everything I have done, said, thought
has been nothing but one entire regret, every memory I have. Everything
I have ever came into contact with has been sullied by me being here.
My existence has been a blot on GOD. Nothing more to say. Life is one
huge regret, living is one huge weight of tears, and death is an
eternity of suffering beyond this. I don’t expect you to take my apology
or even care, The world is too full of those who deserve your
attention.

When things are going well in our lives, it’s hard to imagine that people like Larry are locked in such an impossibly dark and painful place.
Who are the people in your life who’ve experienced so much pain that they’re struggling even to find hope? They need those of us who are walking in freedom to enter into their place of pain and join Jesus in his redemption project.