A life filled with special needs

I’d like to tell you about maybe the hardest thing in my life. But it’s nothing compared with how hard it is for her. She was born with a shortened chromosome that has left her with a number of “special needs.” Articulation is difficult. Mental processing can be slow. There’s epilepsy. Things tha…
By Seth Barnes
21 December 2010, 12:12 am
By Seth Barnes
21 December 2010, 12:12 am 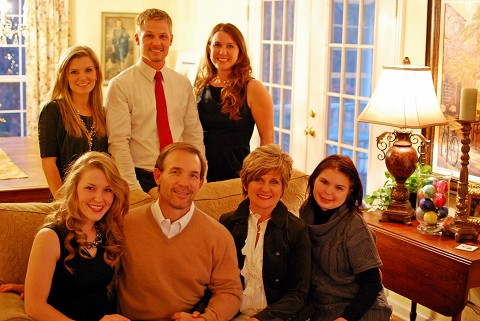 I’d like to tell you about maybe the hardest thing in my life. But it’s nothing compared with how hard it is for her. She was born with a shortened chromosome that has left her with a number of “special needs.” Articulation is difficult. Mental processing can be slow. There’s epilepsy. Things that come naturally for you and me are a struggle for her.
We’ve prayed. We’ve cried. We’ve gone to people with healing ministries. We’ve driven home, re-visiting again why we believe in a good God, a God who is sovereign, a God who loves us.
Karen has worked so hard with her. She’s home schooled her, gone to doctors, talked to consultants, and spent countless hours going over the basics of life. There have been numerous surgeries. There are medicines. We’ve tried to “mainstream” her in public school.
We’ve sent her to be a part of our ministry’s work crew in Mexico twice. The first time was so hard for her. I can’t tell you what it felt like to talk to the work crew leader (a hero if ever there was one) about how her issues were distracting the rest of the team.
But now at 21, she has just one more year of school and then she’s got to make it out there in the cruel world. We’re hoping for a group home, but there are no obvious choices. All we can do is trust in God that something will show up.
This evening it occurred to me that, as bad as things can seem for her, there are always those for whom things are worse. The pain in her life may be unbearable sometimes, but she has friends who can’t walk, who can barely talk, who look odd, or who live their whole lives feeling like a big mistake.
The world of special needs is tough. If coping with your handicap isn’t enough, there’s the internal battle you fight of not feeling normal. This isn’t angst or insecurity; this is an issue of a world that feels fundamentally messed up – so dark that loneliness is the only constant.
Generally we’re doing pretty good here in the Barnes house. You’d never guess at the stuff we wrestle with. We’re determined not to be victims and not to live as though our problems are any worse than anyone else’s. We don’t ask for sympathy; we know we are blessed in so many ways and we have learned the grace of saying “thank you” for those things that force us to depend on God and to stay humble.
And on those rare occasions when it seems like she can’t go on, when the unfairness of it all is overwhelming, we have two sources of consolation. God has blessed us with a family – seven of us who love no matter what. And, rather than fight him, we have learned the habit of seeking the God who made us, all of us imperfect.
We’ve learned not to ask “why?” Instead, we go to the tree of life and worship.  We trust the “why?” question will get answered soon enough, if it’s important. While cynicism is always a temptation, we’ve found solace in the presence of a God who loves those whose needs he considers particularly special.