A story of church planting among the unreached

Here’s a great story from Bob Logan’s book on church planting movements that I pulled off Steve Addison’s blog. In 1977 Paul Okken, a Baptist missionary to Rwanda, returned from Africa for medical treatment. During the most recent five years of his ministry, 60 new churches had been started, …
By Seth Barnes
13 April 2007, 12:04 am
By Seth Barnes
13 April 2007, 12:04 am 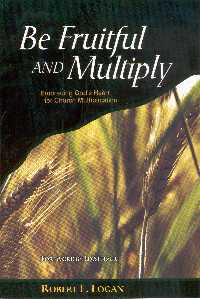 Here’s a great story from Bob Logan’s book
on church planting movements that I pulled off Steve Addison’s blog.

In 1977 Paul Okken, a Baptist missionary to Rwanda, returned from Africa
for medical treatment. During the most recent five years of his ministry, 60
new churches had been started, and the number would climb to 80 by 1980.

How did it happen?

Once day before the planting had begun, Okken was driving,
overlooking a huge valley inhabited by many tribal people. He felt a burden for
all the people living in the clusters across the valley. With a deep sigh he
prayed, “Oh God, what is to become of these lost people?” Unexpectedly, from
the empty passenger seat beside him he heard the answer, “Ask Me for them.”

Unaccustomed to hearing such voices, Okken dismissed the
matter and continued his drive. He came to another bend in the road overlooking
the valley. Once more he was compelled to ask the question, “Lord what’s to
become of these people?” A voice replied again, “Ask Me for them.”

Okken decided to test this voice. “God if this is really
from you. I’ll go down there and preach-if even one person is converted, I’ll
feel you’re guiding me and I’ll spend more time preaching here.”

Eleven adults responded to their first hearing of the
gospel. It was the beginning of a great harvest.

Through one missionary and his workers, 80 churches were started
with this simple New Testament methodology: whenever a person came to Christ
they assumed God wanted a body of believers there. At the first convert, the
missionary team did not know if they had uncovered a hand or leg. So they would
continue evangelizing until they could discern enough of a body with its
various functioning parts to make a viable church.

It’s simple: every time there is a new convert, you have
discovered an elbow, a kneecap, or a nose. The assumption is that the rest of
the body must be nearby and a church will emerge through evangelizing a
convert’s network of relationships. Through any one person, you can find the
seeds of a new church.