In a prior blog, I took on the heresy that some in the evangelical church espouse which states that God doesn’t speak to us outside of the Bible. Peter Wagner calls those who effectively worship the Bible “Bible Deists.” The point I made is that down through time, God has chosen many different w…
By Seth Barnes
21 August 2007, 12:08 am
By Seth Barnes
21 August 2007, 12:08 am

In a prior blog, I took on the heresy that some in the evangelical church espouse which states that God doesn’t speak to us outside of the Bible.

Peter Wagner calls those who effectively worship the Bible “Bible Deists.” The point I made is that down through time, God has chosen many different ways to speak to people (as recorded in Scripture), and he can do whatever he pleases these days, as well.

Here is what I believe: Because God loves us, he revealed himself to us in the Bible. I believe it is inspired and infallible. The Bible is not only the story of His relationship with people; God also instructs us and guides us through it.

The problem comes in how Scripture is interpreted and applied. Thus did the Pharisees and Sadducees fall into traps by over-emphasizing the role of Scripture as opposed to relationship.

Bible deists, like the Sadducees, know the Scriptures, but misinterpret them and have little understanding of the power of God. This is the essence of hypocrisy, a sin that so incensed Jesus that an entire chapter of Matthew (23) describes Jesus’ stern rebuke of those who sought to define men’s relationship with God in terms of their interpretation of Scripture. There are many well-meaning Bible teachers who do the same thing today, but can’t see it. 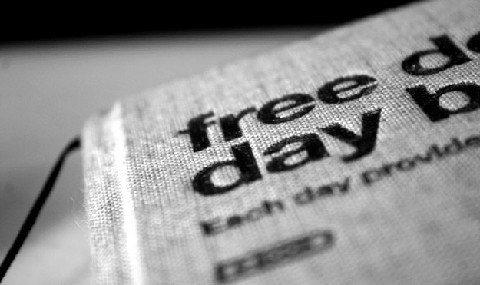 It’s because of this tendency to distill relational issues into black and white, written but verbally-interpreted regulations that James says:

“Not many of you should presume to be teachers… we who teach will be judged more strictly.” (James 3:1)

And 1 Timothy 1:7 says, “They want to be teachers… but they do not know what they are talking about.”

God does not tell us in the Bible that he has limited himself and will only speak to us through the Bible. Some people point to 2 Timothy 3:16-17 as evidence that he has, but this scripture doesn’t say that. What it does say is that Scripture is God-breathed and is useful for teaching, rebuking, correcting, and training.

The Bible gives us example after example of a God who speaks not only through his Word, but also through circumstances, through others, through dreams, impressions, and numerous other means. He used a rooster to convict Peter of his faithlessness. He has probably spoken to you through your friends or family members or any number of ways.