Continued from Adventures in Bible deism, Pt. 1 The Bible is the account of a God who speaks directly and relationally, not obliquely. When we see examples of him speaking using Old Testament scripture in the New Testament, it is often to confirm what he has said in other ways. …
By Seth Barnes
22 August 2007, 12:08 am
By Seth Barnes
22 August 2007, 12:08 am

The Bible is the account of a God who speaks directly and
relationally, not obliquely. When we see
examples of him speaking using Old Testament scripture in the New Testament, it
is often to confirm what he has said in other ways. 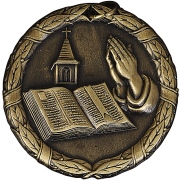 As Hebrews 1:1 says, “In the past God spoke
to our forefathers through the prophets at many times and in various
ways…” There are many examples in Acts,
the last of which is in 28:25-29, where Paul cites Isaiah to show that God
has sent salvation to the Gentiles.

One of my favorite
experiences in the world is to see Bible deists hear the voice of God. This happens periodically on AIM trips and in
our training. A Bible Church
pastor and his coworker were at one of our trainings and sat in the back of the
room with folded arms. His seminary had
taught him to be a good Bible deist.

He
had tried to engage our trainers in theological debates in advance of the
training. But our trainer, said, “All we
ask is that you come and watch God work.”
He and his coworker came, but they were obviously at odds with what was
being taught.

Then our trainer
said, “OK, it’s time to go off by yourself and ask God to speak to you.”

They disappeared,
full of unbelief. When the time was
over, everyone else returned except for the pastor and his coworker.
Eventually, they returned ashen-faced. Our trainer asked the group, “Did
anyone hear
from God?”

Sheepishly, the two
men raised their hands along with others in the room. “What did God say?” The trainer asked.

“He showed us
visions and gave us words. Afterwards, we
got together and saw that he’d said the same thing to both of us. This
was obviously God. He
does speak. So now we need to repent to the
group.”

Is it any wonder
40,000 people a week are leaving the American
Church when our pulpits
are filled with Bible deists? People
just want to know the reality of a living God without weighing him down with
all the theological reasons why he can’t speak.