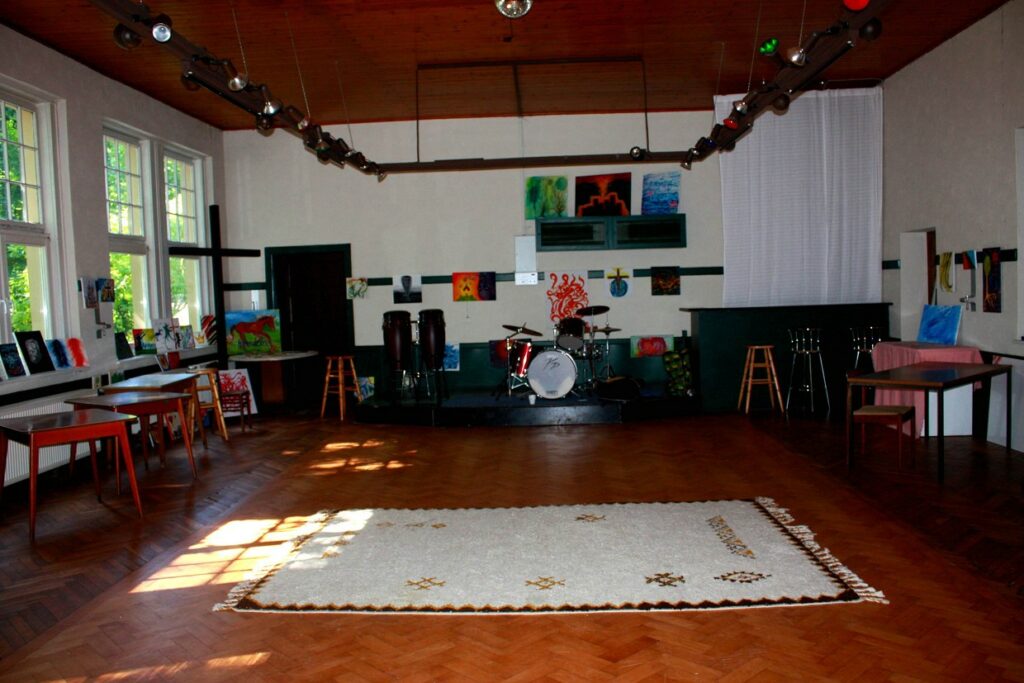 Yesterday, our two teams here in
Berlin worshiped together in the “burn room”. We all sat on the big,
cozy rug in the middle of the big hall. Jordan started out sharing her
heart for worship, and what God had put on her heart for our worship set
during the event this upcoming weekend. Alana encouraged us to be still
before the Lord, and listen for what we need to hear from Him, not what
we want to hear. She began playing on her guitar and singing to Him. We
all were standing, sitting, laying before Him communing with our Dad.
A song began to rise up out of me in that shadowed her voice. I was
surprised because the melody and words were pouring out of me like they
never have before. I sang over and over again. Then I quieted myself and
just listened. Soon I began to hear this beautiful voice harmonizing to
Alana’s song. It was a woman’s voice, and it was breathtaking harmony. I
began looking around the room trying to find who was singing with her.
Alana had just written the song, and I didn’t know that anyone knew the
words yet. My eyes didn’t give up searching the mouths of the people in
the room, but not one was singing, speaking, or praying aloud. I was
baffled. I kept hearing it from the same corner of the room, but no one
was there. I decided to just lay back and listen to the woman sing with
Alana. It was so beautiful. It dawned on me then, it was an angel
singing with her. I just laid there smiling, enjoying what I knew was
God’s beautiful gift that morning.
Later that night we practiced the songs a few of us wrote. Alana began
playing a new song she had written that day. I immediately remembered
that morning and began to tell her what I had heard while she was
singing. To my surprise, Jamie jumped up screaming, “I heard them too! I
heard them too!” She told us how she had heard a man’s voice first, and
then the woman joined him later, both accompanying Alana. She said it
was the most beautiful harmony she had heard. She, too, stood up right
away searching the room for the voices but couldn’t find them, for there
was no one in the part of the room she was hearing them from… the
same corner.
We both were practically jumping up and down at this point. I am sure
God loved watching all of this unfold and our childlike excitement as we
delighted in His creation. We turned to Alana and asked if she had
heard them too. She told us that she does hear them sing with her when
her heart is in a place of worship, and not performance. She just
laughed and explained that she didn’t realize other people could hear
them too!
The funny part is, when I thought back to the song that I kept
singing – that just flowed right out, I remembered that I was singing,
“the angels dance around us, and sing over us.”

Praise the LORD, you his angels, you mighty ones who do his bidding, who
obey his word.
Psalm 103:20

…And again, when God brings his firstborn into the world, he says,
“Let all God’s angels worship him.”
Hebrews 1:6