Are short-term missions becoming faddish? That’s a rhetorical question. The answer is: YES. I estimate that 75% of STMs are done poorly (that is, not meeting many of the standards of excellence referred to below). Robert Priest estimates that as many as four million a year go on STMs. You do the …
By Seth Barnes
22 February 2007, 12:02 am
By Seth Barnes
22 February 2007, 12:02 am

Are short-term missions becoming faddish? That’s a rhetorical question. The answer is: YES. I estimate that 75% of STMs are done poorly (that is, not meeting many of the standards of excellence referred to below). Robert Priest estimates that as many as four million a year go on STMs. You do the math on the waste there. 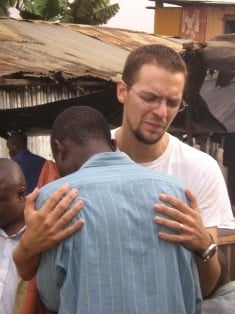 Those going are increasingly ill-prepared and what they do is of questionable value given the resources invested. Sadly, many participants are narcissistic, they have little cross-cultural perspective, and often their experience does little to advance the Kingdom.

I’m an advocate for STMs, but only if they’re done well. I run AIM, a mission agency that specializes in STMs. We’ve taken on the order of 70,000 people to the field over the years. I used to defend the movement against critics, but I’ve come to believe that it is time for the pendulum to swing in the other direction. Far more churches need to look at the STMs they’ve got scheduled and re-think their policies.

In the last three years, I’ve observed an interesting phenomenon at AIM. People are waiting longer and longer before they sign up for projects. It used to be that all of our summer signups happened before the end of the year. That gave most people a good half the year to prepare for their trip.

Now, about a third of all participants wait to sign up after the end of the year. This means that they are taking a more casual approach to preparing. The STM project is just one more thing to put on your calendar a week after you’ve gone to summer camp or Epcot.

Crazy stuff is being offered. Consider these examples:

These are all bad ideas that give a black eye to all those doing STMs. They are the result of a faddishness that has taken hold resulting in mixed motives and priority placed on the private agendas of participants.

The reality is greater numbers of short-term groups are spending money with little missiological impact. Participants and leaders are not being held to account by missions committees and church leaders. Missions committees don’t ask tough questions about fruit being produced through the trips.

How do we turn this around? First, check out the Seven Standards of Excellence for STMs. If you’re responsible for a church group, get a missionary to assess the quality of your STMs using these guidelines. I helped form the committee that came up with these standards and I’ll offer my own standards for missions excellence in tomorrow’s blog.

If you’re an individual going on a mission trip, ask yourself these questions:

The irony is, STMs are the best discipling tool in the church’s toolbox. They have the potential to change lives like nothing else on the calendar.

For more on this subject, check out Why STMs work. And if you’re interested in how to ensure excellence on short-term mission trips, check out this blog: What Does an Excellent Mission Project Look Like or check out The Case for Short-Term Missions.