Are You Discouraged About Your Dreams? 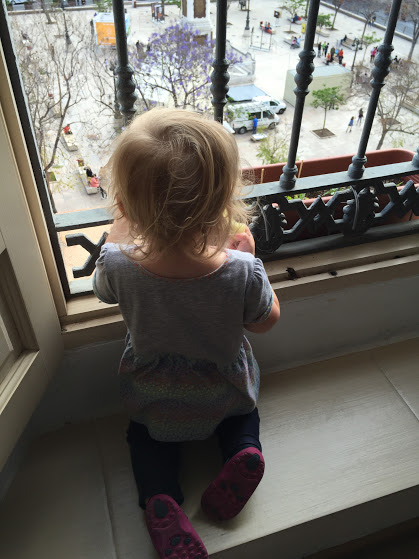 It can be easy to lose hope. Our dreams can become dusty old things, like antiques on a shelf. The gap between your dream and your reality can be a place of discouragement or even cynicism.

For twenty years I’ve been dreaming about a generation of radically committed disciples of Jesus. It’s a righteous dream that I’ve worked to breathe life into, but it’s far from becoming a reality. Though I don’t want to admit it, sometimes I’m exhausted and discouraged.

The reality is that many of those we initially mentored when I began dreaming that dream two decades are now the same age I was at the time.

Yes, you can see little bits of evidence that the dream is happening. Take Veronica Timbers for example. She came on a short-term mission trip with Adventures in 1996. Then she interned with us there. Then she served as a leader with us.

Today she is a professor at Appalachian State. Last week she gave Masters hoods to two people who will be serving with us around the world. Veronica says, “I love having students who are growing up under the same missions group that I did and knowing they are using some of the education I have given them to continue the work of God’s redemption for all.”

The World Race started a decade ago and now, close to a thousand a year go on it. It is a powerful discipleship tool.

Yet…it’s a drop in the bucket. Often people will look at what God is doing and say, “Aren’t you amazed?” And, yes, I’m so thankful for how people have been impacted. I don’t want to depreciate that in any way.

But the dream still seems so far away. And frankly, I don’t want to think about it. Maybe the dream seems more fragile with time. Is my passion for it waning? Probably I’m afraid to go there.

When I recently was getting ready for a trip to Spain, Bob Mudd came to me and said, “Seth, I think God wants to give you a new song while you’re in Spain.”

I thanked him and wondered what that would look like. I didn’t think about my old song – my dream for the generation.

And then, lo and behold it happened. A number of us were gathered on the sixth floor of an apartment enjoying a meal together. After dinner, Holli Scott got her guitar out and began playing a song she’d written called “Simeon’s Song.”

As Luke recounts, Simeon was an old man who had been waiting on the coming Messiah for a long time. He had this dream. And he knew he wouldn’t die before he saw it come true.

It was a beautiful song. And as she sang, it strummed the tired old chords in my soul. I felt God saying, “Some dreams take a long time. I know your dream. Don’t be discouraged. It may be an old dream, but it’s a good one.”

I couldn’t help the tears from falling as she played. It was a new song about a place of discouragement. God knows my weariness of spirit, even though I don’t want to admit it to myself.

Who knows how long Simeon had waited for his dream? Just to know that he sees me and cares about my dreams was enough. It was the highlight of my trip.

The prophet Joel declared that “old men will dream dreams.” God doesn’t want us to put our hope on a shelf as we get older.

Do you have a dream that seems so impossible you’re afraid to touch it? Has it been a source of discouragement?

God made us to dream. Every night as we sleep, he gives us dreams as a piece of our natural rhythm. And I think it’s in part so he has a way to speak to our spirits. Recently, thousands of Muslims have been seeing Jesus in their dreams.

God is literally in our dreams. He’s in yours. He gave them to you to steward.

Maybe it’s time to pull that old dream off the shelf. Touch it and blow the dust away. It’s a righteous thing. Like Simeon, God wants you to see “the substance of things hoped for.” He wants to make your dream come true.