Authority: Its use and abuse

If you pay attention, you’ll notice many Christians dancing this strange little tango that I call “the Dance of the Burned Believer.” I’ve danced it myself more than once. I grew up without a good example of a leader I could trust. The second job I ever had was in the Dominican Republic. …
By Seth Barnes
23 November 2009, 12:11 am
By Seth Barnes
23 November 2009, 12:11 am 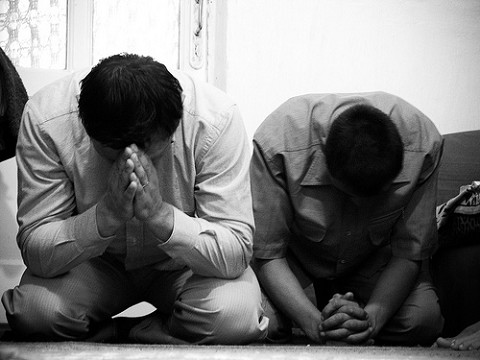 If you pay attention, you’ll notice many Christians dancing this strange little tango that I call “the Dance of the Burned Believer.” I’ve danced it myself more than once.
I grew up without a good example of a leader I could trust. The second job I ever had was in the Dominican Republic.
It started when the ministry I was with gave me a Dominican partner who deeply resented me. I was, in his mind, not an American consultant but an imperialist spy.
My engagement there ended two years later with a board member intervening in a hurtful way and then explaining his actions by saying, “I don’t hate you, Seth.” (Hey, thanks for the consolation prize – no harm, no foul, no hate).
Next was a job in Virginia that ended when the board fired my boss and brought in a bureaucratic replacement whose idea of leadership was to correct the reports you had written with a red pencil, actually making them worse than they were when you originally wrote them.
After several months, he gave me the option of being fired or laid off. I still don’t understand his reasons – my guess is that I was probably classified as damaged goods. Subsequently, I spent half a year on unemployment compensation and working part-time jobs.

Next, there was the ministry I helped start with a friend in Florida. After two years, he replaced me.

After all that, could you blame me if I didn’t trust authority? I remember when, at age 29, my Mom asked me, “Have you considered looking for a mentor?”
“Ha!” I thought, and I brushed her off, “Don’t need one.”
Why would I trust anyone? The only examples of authority I’d seen were bad ones.
And so, I danced the Dance of the Burned Believer.
The only problem with that solitary dance is that, though I didn’t realize it at the time, I needed help in getting through an important phase of my spiritual growth – someone to help wake me up to the kingdom of God. I needed help in recognizing my identity and role in the kingdom. And what I really needed was a proper example of authority.
Eventually, as the result of pain and failure, I went looking for a mentor I could trust. Years later, after being turned down by other leaders, I found one in Andrew Shearman. He helped me wake up to the kingdom. He showed me what grace-filled, covenantal living looks like. He introduced me to a proper perspective on authority.

Submission to loving authority is the basis for Body life. God gave it to Adam and has been giving it to his servants ever since. He even gives it to hard-hearted rulers like Pharaoh, Darius, and Nebuchadnezzar. Jesus delegated all authority to his disciples before he sent them out two-by-two (Matt. 10).

Rebellion against authority is the original sin. Your rebellion tells God, “I don’t trust you.” It leads to a broken body. Your rebellion keeps the body of Christ from functioning.
3 Reasons why we rebel
Why do we rebel? There are many reasons, but here are three:
Consequences of rebellion
As rebels, we align ourselves with the example of the enemy and we ourselves become abusers, never showing our followers how to trust.
An entire generation of young people is dancing the Dance of Burned Believer. Your leaders have failed you. Your authority figures have not served you. You’re afraid of authority. The sad result is a spiritual spasticity in the body of Christ. It’s a generation that longs for community, but hasn’t learned how to commit.
Jesus wants a reformation. He wants to re-form us and connect us. He wants to build a tribe that gets what it is to empower and to actually submit. He is looking for leaders who will be broken for their followers. He gives us the qualifications for authorities in 1 Tim. 3.  He’s looking for followers who will implement Hebrews 13:7&17.
How to come under authority
So how do we join this reformation? How do we establish a new pattern? Here’s how it worked for me:

What’s been your experience with authority? The sad fact is that we’ll never reach our destiny until we wrestle through this issue and learn to entrust ourselves to others.