In the movie Avatar, the Na’vi are an indigenous people group that happen to be blue and 10 feet tall. It’s in everyone’s interest that the humans in the movie be able to communicate with them. And so, a scientist played by Sigourney Weaver learns their culture and language. She’s respectful and …
By Seth Barnes
28 December 2009, 12:12 am
By Seth Barnes
28 December 2009, 12:12 am 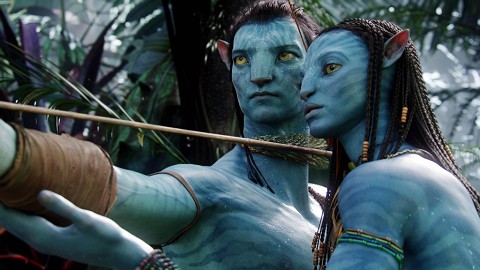 In the movie Avatar, the Na’vi are an indigenous people group that happen to be blue and 10 feet tall. It’s in everyone’s interest that the humans in the movie be able to communicate with them. And so, a scientist played by Sigourney Weaver learns their culture and language. She’s respectful and appreciative – attributes characteristic of missionaries at their best.
Unfortunately, many missionaries are not that way. We often more closely resemble the culturally tone-deaf other humans in the movie. Perhaps we’re not imperialists, but we don’t take much time to stop and listen. Rather than looking like the locals, we come tromping through their villages, dragging our cultural baggage behind us.
It doesn’t have to be. Missions doesn’t have to be done on the cheap to be done both well and inexpensively.
A missionary’s first job is to take off his comfortable clothes and don the garb of those he wishes to reach. Hudson Taylor’s breakthrough came when he took off his Western suit, cut off his hair, and put on Chinese silk.
A friend of mine teaches English in one of the most Muslim countries in the world. She asks her supporters to pray. “Ask that He will be Incarnated into this culture through a growing, thriving, visible – if persecuted – body that has an obvious affect and influence on the society around it. Ask that those who have never heard the true message of the season will hear it, through His servants, through dreams and visions, through radio and television broadcasts, through any means possible.”
Communication is much more than words. 90% of communication is nonverbal. We’re rarely understood until we first try to understand. When I went as a missionary to Indonesia, I spent a lot of time learning Indonesian. People appreciated the effort. And when I commuted to work, I did so on the local buses, hanging off of overloaded bus #804 as it rounded the corner to my office everyday.
Our world has become more international since then, not less. Our globe is a fascinating melange of cultures and stories. We who would bring good news to those who look different than we do need to first learn their ways so that we might speak not just their language, but the language of their heart.