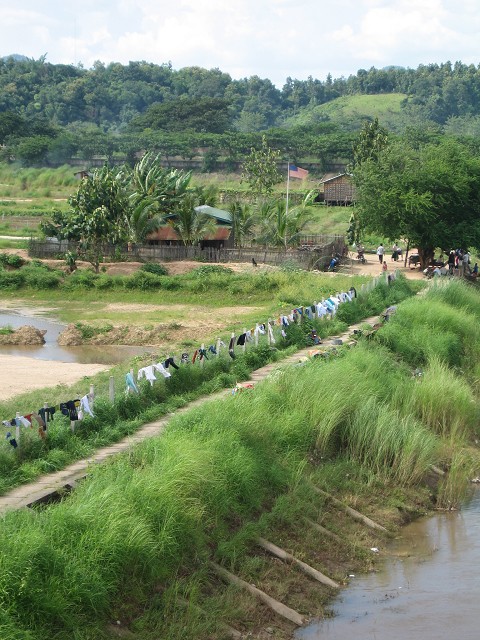 Myanmar (previously Burma) has been under attack since
the seventies – by their own government. And it’s not getting any
better. Imagine the Mexico/USA frontier; move it to Asia and place it
between Myanmar and Thailand. Compared to Myanmar, Thailand appears to
be a wealthy country. Just like Mexicans, people from Myanmar are
seeking a “better life”; the difference – they are seeking refuge from
persecution.

You know those times when your ignorance shines so brightly that it
blinds you to the truth even when you are looking it in the eyes. Yes,
I know that Myanmar is very poor and a closed country to the Gospel;
but I had no idea the extent of persecution taking place within its
borders. Just like the Jews during WWII (ethnic cleansing) and
Christians in southern Sudan (religious persecution), the Karen people
are being persecuted because they are Karen…and many happen to be
Christian. Their very own government is trying to wipe out the “inferior” race and attempting to suffocate the Christian church. 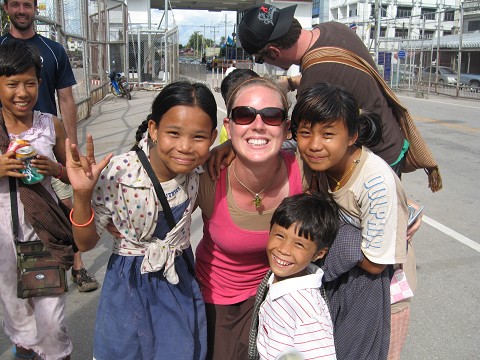 Imagine 50,000 refugees trying to live a “normal” life inside the
confinements of a camp. Yes, the walls are meant to protect, but from
the perspective of many living inside – they are seen as a prison
sentence. It is rare to leave these confinements – years spent inside “your community.”

The day after we visited Myanmar, we were able to visit one of the
refugee camps on the Thailand border. The camp has been established for
around 17 years. People continue to come daily, and the camp has
expanded now to three different zones to accommodate the influx of people.
While inside the camp, the government only allowed us to visit the
school.

I imagine that this camp initially started off as a temporary
solution to an immediate need, but over the years has evolved into a
living, breathing community. At least on the surface level people
appear content: women washing clothes in the stream, kids playing by
the water, students learning.

Yes, the Burmese (Myanmar people) are grateful for this place of
refuge, but above all, their eyes are set on returning home. They want
to grow up on their own land, farm their own land – feel like they
belong. They are tired of receiving UN food rations; they are ready to “go fishing for themselves.” 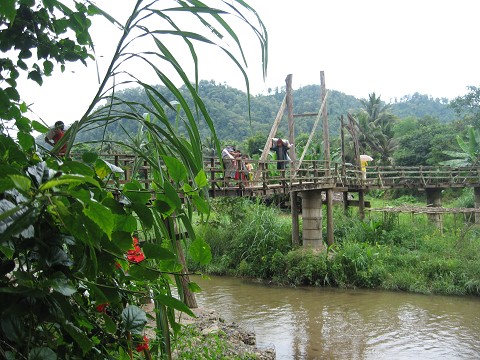 Acute brain drain is another issue that, because of my American
perspective, I totally overlooked. Replacement of Burmese refugees to
the UK or America is draining Myanmar of the very individuals needed to
restore their country. I guess we (America) like to accept those that
show potential and will not be a drain to our economy – thus we
eagerly receive those with an education and those that can make a life
for themselves in America. But what happens to those in dire need: the
widows, the handicapped, the orphaned? They remain in the refugee camp.
I know that we are only trying to help, but a very real concern for
many Burmese is that we are draining them of the very people that could
turn their lives and country back around for the positive.

“We just need to go to the root of the problem and stop it there,”
exclaimed Wado, a 31 year-old Burmese man who has been living in the
camp for 15 years. “Go to the government. If we can somehow remove or
change those in leadership positions, I believe everything else will
talk care of itself. We will be able to go back home, and I will be able
to see my family again.”

He believes in God. But the tone of his voice insinuates that time, frustrations and life have left him with more cries for help “unanswered” than “answered.”