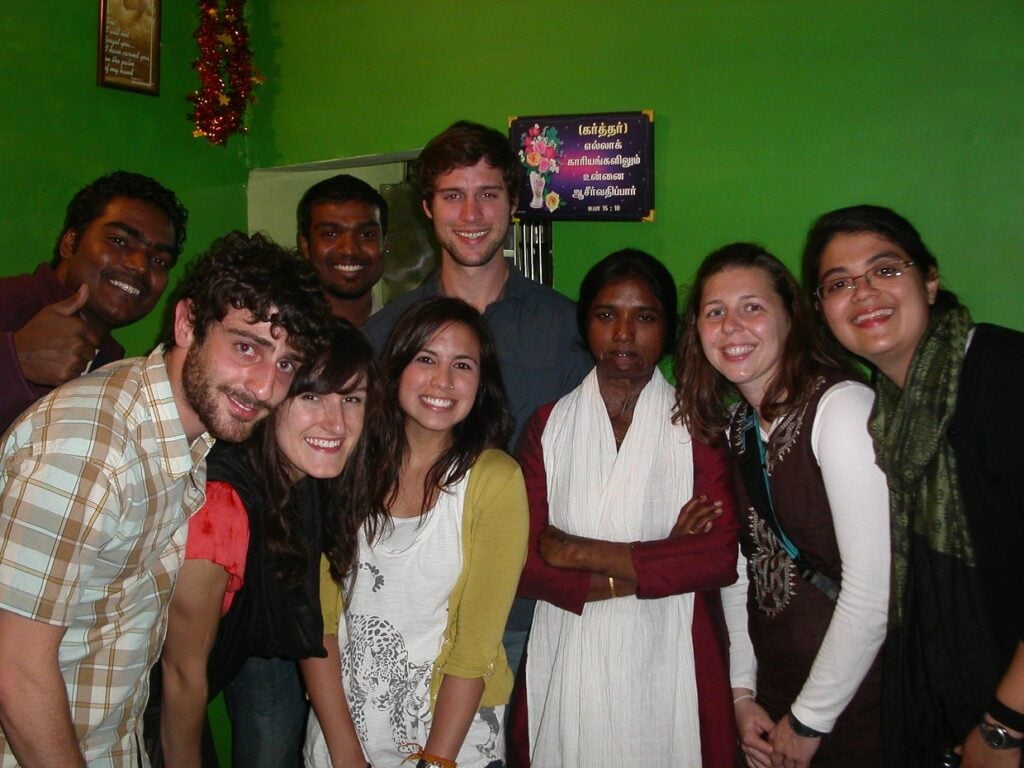 A woman named Vanilla invited us into her home with a warm smile, with cookies and juice.
When she was 16 year old and in school, she was pressured to be perfect in everything that she does, not wanting to bring her family any shame. She was Hindu, so there is not much grace is mistakes, and dishonor to your family is unbearable.
Well, she failed an exam and a demonic spirit overcame her and gave her the urge to commit suicide rather than face the shame. While her parents were in the other room, she doused herself in kerosene and then lit herself on fire. While on fire, she walked into the room where her parents were and just fell to the ground. In a panic, her parents extinguished the fire and rushed her to the hospital. It looked hopeless, 99% of her body was completely burnt flesh. The doctors gave her parents 2 options.

1.   They would feed her a poison that would stop her organs from working, and they could cremate her and give them her ashes.
2.   Send her home the way she came in, 99% burnt.

Her parents were not ready to give up. They went from temple to temple praying to all their gods. They offered them gifts, and continued to pray profusely for healing for their daughter. They even mixed the mud of a snake (ritual to their snake god) hut with a certain drink and made her drink it.  The stench of the burnt flesh was so bad, that her 2 brothers ended up leaving the house because they could not withstand the smell. Well the pastor of Comfort of Jesus Church was walking around the neighborhood making house visits, and he heard about Vanilla and her families’ condition. He showed up at the door steps and asked to come inside to pray for Vanilla. It surprised her parents because no one would go near them anymore, because the stench was too strong.
They told the pastor that if his God healed their daughter their whole family would give their life to Jesus Christ as their Savior, and the one true God. None of their gods or rituals helped their daughter and they were desperate for a healing touch. The Pastor prayed over her for God to restore her body and heal her. Then he gave her parents some oil that he had blessed to mix with her drinking water. Every time Vanilla drank some water, she would take a little bit of oil. Slowly, her skin began to grow back, and after a month, she was able to sit up, and interact with people.

Slowly she began to heal, and soon she was walking around. This is a picture below with Vanilla at her home. The one true God healed her and her whole family accepted Christ and the passionately live their lives for Him. When the Pastor laid his hands on Vanilla she said that the demonic spirit lifted off her and she was free for once in her life. The Almighty God saves and restores. Vanilla uses her testimony in her community to show people that there is only one God, and many souls have been added to the Kingdom because of her testimony.