Celebrating the return of my child

After a year repeating Magellan’s feat – circumnavigating the globe – our first-born daughter, Talia, has returned home. To have her back is poignant and marvelous. She arrived last night having spent a month or so in the following countries: Mexico Guatemala Peru Argentina Mozambique Swa…
By Seth Barnes
21 November 2007, 12:11 am
By Seth Barnes
21 November 2007, 12:11 am 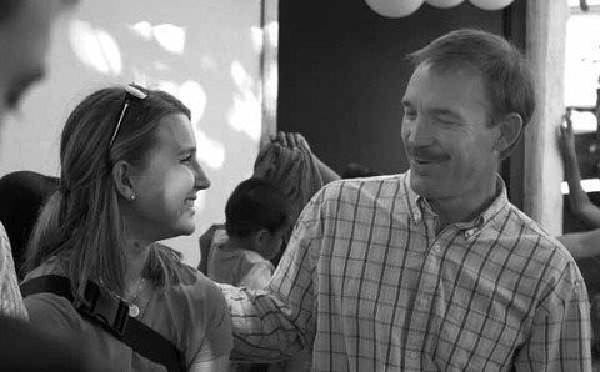 After a year repeating Magellan’s feat – circumnavigating the globe – our first-born daughter, Talia, has returned home. To have her back is poignant and marvelous. She arrived last night having spent a month or so in the following countries:

Along the way, she tested everything inside herself – her faith, her character, her vision – and proved what was real and what was phony. She had a hundred adventures, beginning with the Mayan ruins of Palenque, the Inca ruins of Machu Picchu, the Khmer ruins of Angkor Wat, and ending on the Mandarin ruins of the Great Wall.

Talia held orphans, cared for the poor, proclaimed good news to the homeless, set the captives free, and incarnated Jesus’ Luke 10 model of discipleship. She slept in a sleeping bag most nights, leaving friends and the comforts of home behind. She reached down inside herself and discovered steel.

In sum, she left a young woman in search of herself and returned as a woman of God with a sturdy worldview, a compassionate heart, and a deep understanding of community – along the way, as a by-product, she found herself.

Today, her first day back, we’ll unpack her backpack and begin unpacking her stories. We’ll sip lattes at Starbucks, stuff a turkey, throw a football on the lawn, and look at pictures. We’ll put on loud music and dance.

Talia put everything we call valuable at risk and amazed us all along the way. She and her teammates are heroes. In 45 World Racer homes around the country, it’s a day of triumph – of dreams brought to a floral and scintillating reality. We’ve been waiting a year for this day. We’re celebrating Thanksgiving a day early at the Barnes house.