Here’s an excerpt from an article in Christianity Today about the myth and magic of church in Africa. Unless you go, it’s hard to tell one from the other. In my experience, this is true:Clearly, the Christian faith has found a home in Africa. This church includes the raised-from-the-dead taxi…
By Seth Barnes
30 December 2007, 12:12 am
By Seth Barnes
30 December 2007, 12:12 am

Here’s an excerpt from an article in Christianity Today about the myth and magic of church in Africa. Unless you go, it’s hard to tell one from the other. In my experience, this is true: 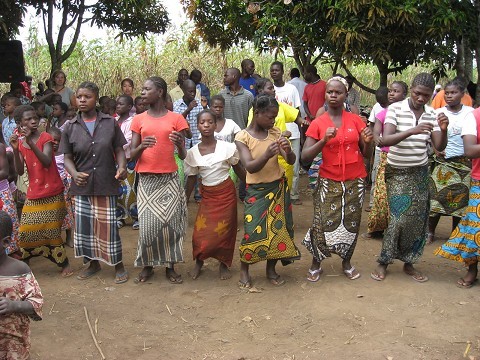 Clearly, the
Christian faith has found a home in Africa.

This church includes the
raised-from-the-dead taxi driver in Lagos; the low-flying witch in Côte d’Ivoire
who crash-lands on the roof of a church; the devout Hadiya teenager in Ethiopia
who is kidnapped to become the third wife of a polygamist desperate for sons,
becoming the catalyst for the conversion of an entire people; the Anglican
bishop whose rapidly growing diocese in western Tanzania is struggling with the
fact that education is available only for those willing to convert to Islam and
give their children Muslim names; and the Orthodox priest whose 1,600-year-old
church has more than survived all external attempts to destroy or subvert
it.

Christianity in Africa, it is sometimes patronizingly noted, is “a
mile wide but only an inch deep.” Of course, this is partly true.

It has never
been possible for Christians to extricate themselves from the shortcomings of
their forming cultures and contexts.

In the wise words of missiologist Andrew F.
Walls, the gospel is not only the liberator but the prisoner of culture.
Christianity in Africa is at times so shallow that the corruption, cheating,
violence, and other dysfunctions endemic to the continent are not submerged. Or
if they are submerged, they lie dangerously close to the surface.

Read the full article here. Africa has long been called the Dark Continent, but there are two sides to this coin, and I believe God is winning the battle. The Light is breaking through the darkness. I love what Gary Black, one of our guys in Swaziland, says about his experience in Africa and the picture he paints of his surroundings:

As you drive throughout Africa,
the beauty of the landscape and the people are breathtaking at times.

The mountains and deep green color of Swaziland – the clear
turquoise water of Mozambique – the literal loss of breath as you drive through
the wine country of Cape Town, through the mountains and into the city itself.