My dream.
From the time that I was a little girl, maybe five years old
(before I even really knew what Africa was), my dream was to go to
Africa and tell people about Jesus. As I grew older, my dream never
changed.
My passion for Africa, for the people.. only grew
in intensity and in clarity. God brought people in and out of my life
to stir a passion and a love in my heart for the people there. I cared
so deeply for people I knew nothing about.

I prayed for Africa every night, and thought about it all day long. It was my dream to go there.
And 15 years later, after countless heart breaking cries for God to redeem and rescue Africa…
God brought me to Nsoko, Swaziland…
…to meet a boy named Clive. 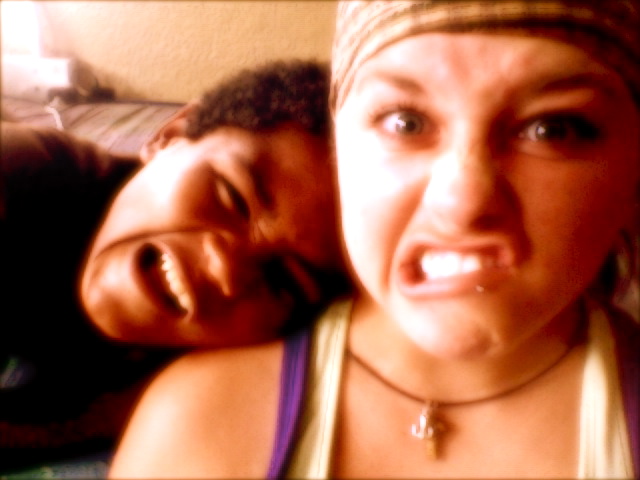 We arrived in Nsoko at our Care Point (Care Points are places that
Pastor Gift and his ministry have set up to feed the AIDS orphans in
the surrounding areas. They have Go-Go’s there, which are like
grandmothers that take care of them during the day. We go to these Care
Points to do our games and teaching about Jesus. This was the one that
we were going to be living in for the next 2 weeks). Clive was one of
the first boys to approach me.
He poked me. I poked him back. The war began.

We battled for about 30 minutes. With poking, tickling, hitting each other with shoes (don’t judge me), and sticks.

For the next couple weeks, we spent every free moment together.
His favorite song is “Soon and very soon, we are going to see the
King” and he is a beautiful singer. So we would sing together all day
long. Especially that song. Over and over. “No more dying there” was
the only verse he knew. That… along with “no more playing there”…
which I think was supposed to be “no more pain there”, but it was
funnier his way.

He was laying on a mattress on the floor one day, and I came to
sit next to him. I asked him what he was thinking about, and he said
“My mother”. I asked him what she was like, what his favorite thing
about her was, and he replied, “She loved me.”

He then asked me if I would be his mother.
Tears were flowing down both of our cheeks.

Here is his story:
Clive is 14 years old. Both of his parents died of AIDS recently.
He was living with his Aunt, but ran away from home. We are not sure if
the environment was abusive or not. He was living with his sister until
she kicked him out of their one-room cement building the size of a
standard bathroom. She kicked him out because she is a prostitute, and
she sleeps with a different man every night. This is the only way that
she can make enough money to feed herself. She is also HIV positive. We
set up a tent for Clive, but due to the storm that swept through while
we were there, destroying the homes of over 25 families, the tent was
donated to someone else. He has been living with 4 other AIDS orphans
in a small cement room down the street from the Care Point.

Over the next week, I grew to love this boy more than I can ever
really explain. He was never out of my sight. I began a 5 day fast, and
the Lord told me to give him the 4 pieces of bread that I was allotted
each day that I was not eating during the fast.
Each night, he would ask for the bread.

And I would give it to him.
On the last night of my fast, he mumbled something to me. I thought he had asked for the bread, so I asked him to clarify.

“I love you Tiffany.”
“I love you too, Clive. And God loves you even more. He is always with you. He is your father. Do you understand that?”

“Yes, I know. I love him too.”
Then the night came. The night before we had to leave. We had
enough extra money to take all of the boys out to dinner. They had
never been to a restaurant before. It was the cutest thing. They all
wanted chicken and rice, because they had never really eaten anything
else before, and they used all 8 pieces of cutlery in front of them.
They were so polite and proper. They loved it.
We got home and played around for a little bit. When it got dark
outside, and it was time to walk the boys home, Clive wouldn’t even
look at me. I grabbed his hand and we began to walk back to the house,
and he took off.

He ran away.
I didn’t know what to do. William and I walked to his sisters
house to see if he had gone there. When we got there, all we found was
his sister and another man. No Clive.
We walked over to the boys house, and on the way, we caught sight
of a glowing bracelet. Thank God that someone had given the boys
glowing bracelets earlier that day. We found him. And he ran. We
waited, and then sat down at a bus stop with him. It was raining, and
it was really cold. He refused to go to the boys house. We sat with him
for about an hour, and he wouldn’t speak.
I began to sing “Soon and very soon.” Slowly, he came back down
and sat between William (who actually goes by Rambo in Swaziland) and
myself. He mumbled something and I asked him to speak up.

I couldn’t stop saying it. “Clive, I love you so much. I don’t
love the boys more than you. I love you all. You are so special to me.
You are God’s son. He loves you so much. Do you understand? I love you.”
He turned to me and buried his face in my sweatshirt.

Crying.
I began to cry. No, it was more of a sob. He just kept telling me
that he loved me and that he believed that I loved him and that He
believed that God loved him.

“Tomorrow, you have to go?” he asked. “Yes, I have to go where God
wants me to go. But that does not mean I don’t love you. I love you
very much.” (I am tearing up just writing this).
He cried and cried as I held him there.
He turned to William and held him for a while. Crying.
Then he said one word.

“Pray.”
So we did. We prayed for him… as best as we could between sobs. 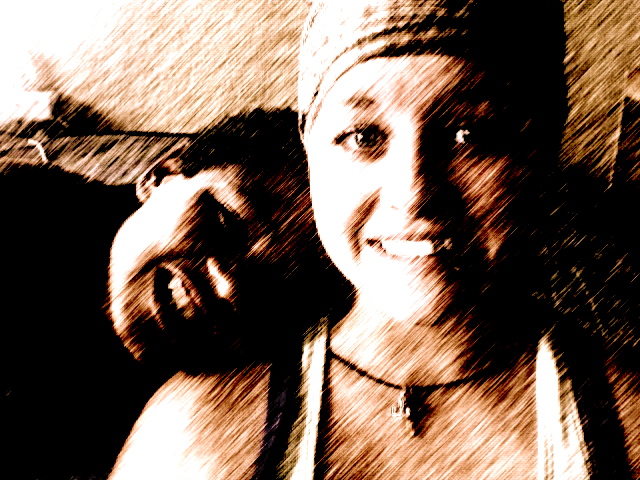 He wanted to sleep there. At the bus stop. It was storming. I told
him that he could not stay there, and he refused again to go anywhere
else. I didn’t know what to do. He was a 14 year old runaway orphan.
Why would he listen to me?

So I took off my favorite sweatshirt in the world. My Soccer SSL
Champs sweatshirt that I never planned on parting with. I helped him
put it on, and told him that I had to go home, and that I wanted him to
go to the boys house. I got up to turn around and walk away. He chased
after me and held my hand.
We walked to the boys house, and said goodnight.
The next morning when the bus pulled up, he was there. Wearing the sweatshirt.

He came over to me and gave me a hug. We sang “Soon and very soon”
together in between tears, and he told me that he knew God loved him. I
asked him how he knew that.
His response:  “I know God loves me because you love me. And you love God, too.”
Don’t underestimate the power of love.