We’re far too critically-minded in the States. We need to be born again again.
We are members of “the faith,” but we’re often lacking in the faith department. We need a new wineskin to receive the new wine that the Holy Spirit is pouring out on this younger generation.

Coming to faith, waking up to your destiny, and activating a lifestyle of reckless abandon is all wound up in this process that we simply call discipleship. Here are a couple portraits of some disciples we have out in the mission field whose inner spirit-man is getting stirred. Notice the difference between what they expect and what God actually does. 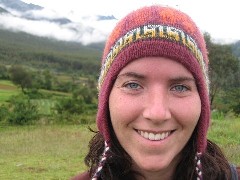 What we expect is rarely what we encounter. I think God likes to
keep us on our toes and remind us of who is in charge. That is a good
thing. We so quickly fall into the assumption that we have it all
figured out and we know what things should look like. Fortunately God
is pushing those arrogant ideas asside and revealing to us a world that
we could not comprehend.

As we were preparing to leave for Africa, we were expecting the
worst. When we were told about the flood, many of us pictured murky,
muddy water laying stagnant with mosquitoes and disease everywhere. We
thought of dead and decaying bodies floating down the rivers. We
pictured people starving to death or dying from disease. We were
mentally preparing for the worst we could imagine.

Praise God that is not what we found. 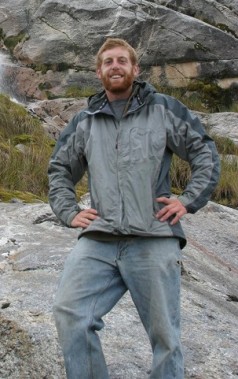 Our time in Murrumbala, Mozambique was unlike anything I have ever
experienced before. We arrived in Dondo without too many expectations of what we would
be doing. But the Lord knew.

That night,
around 200 people claimed Jesus as their savior. Then Jake said,
“There is somebody here who has a severe chest pain on the right side
of their chest.” Two people raised their hands and came forward. We
prayed for them in front of everybody, I prayed for one of the guys
with Chris and Chad.

As my hand was over the painful area, I could
literally feel something moving under his skin. It was almost as if
there was a marble under his skin moving around.

Right then, the
pain disappeared, and he was healed right there! He jumped on the
microphone and testified right there that Jesus had healed them!
Shouts of glee overcame the whole crowd.

Our whole team was experiencing these miracles, not just one
person. Every single person has their own story from that night of a
healing. The entire refugee camp was dancing and
praising the Lord.

As we left and the music stopped, people were still
dancing and hollering at the top of their lungs. It was the most
beautiful thing I have ever experienced.

Our entire time in Mozambique was filled with amazing miracles.
People’s lives were changed, most definitely, my life was changed. The
Jesus I had always read about in the Bible, the stories in Acts I
always longed to experience became a reality.

Read the rest of their stories on their blogs: