Some of us care too much about what other people think of us – their opinion matters more than it should.  If they say something negative about us, we’re devastated; it ruins our day.   Your identity should not be held hostage to what another person says.  Good grief.  Do th…
By Seth Barnes
06 March 2009, 12:03 am
By Seth Barnes
06 March 2009, 12:03 am 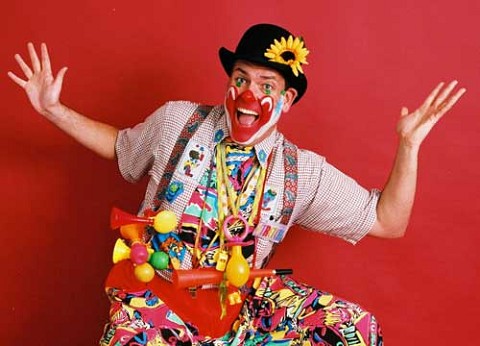 Some of us care too much about what other people think of us – their opinion matters more than it should.  If they say something negative about us, we’re devastated; it ruins our day.
Your identity should not be held hostage to what another person says.  Good grief.  Do they really know you?  Do they understand the things that matter to you?  When people allow the opinions of others to wreck their day, crazy stuff happens.  Teenagers, especially, their identities still in flux, may go to extremes, contemplating suicide just because of a few catty remarks.
Certain personalities have a particular struggle with what some people refer to as a “man-pleasing spirit.”  Performers are this way.  Adept at reading an audience, motivated to entertain, they are calibrated to take their cues from others.  I see this over and over in people I know in the drama world.
I’m at the other end of the scale.  While it matters to me what you think about me, at 50 years of age, I’m finally getting to a place where people’s critical opinions don’t much bother me.
I work in a number of African countries where diplomacy is important. Unfortunately, sometimes that isn’t my strong suit. During a recent packed day in a particular country, I had the chance to sit down with the acting Prime Minister. I had a number of ideas I felt might be helpful to this country. But when I asked my coworkers they said, “Don’t bother. He’ll just waste your time.” So I said, “No thanks.”

Later in the day a few of the local chiefs paid us a visit as we were working hard to help his people in the 95 degree sun. Word came that they had a problem with the way we were helping put shoes on the shoeless citizens in his area.

I’d about had it with people complaining when they should be helping. So when we all sat down to talk, I began by asking. “Does anyone here have a problem?” And it got worse from there.
Returning to camp, I found myself face-to-face with the Prime Minister’s representative. He came calling to express disappointment that our meeting had not materialized. I apologized and moved on. I didn’t really care what these government officials thought of me.
What to do?
Apologies are one thing, but saying stuff you don’t mean to ingratiate yourself to others is unhealthy.  So, what do you do to confront a man-pleasing spirit? I suggest four actions:
1. Work through your identity issues (check out these blogs for help).
2. Find someone you can trust who can be your “true north.”  Check with them to see if your perception matches reality.
3. Memorize Scripture concerning what God says about you.
4. Find a place of encouragement. Some churches can actually be this for people.