I saw the future of America in Europe the summer of 2003. Out of 750
people in eight churches we worked with in the town of Widnes, in the
UK, just 16 were teenagers! That’s in a country where only 5% of the
population goes to church. Attendance in America is headed that
direction. When just 6% of Christian young people believe in absolute
truth, that tells you something. 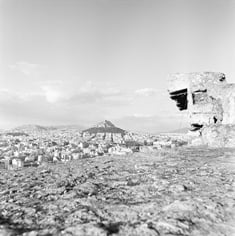 Down through the years when the Lord’s people have been in
retreat, though the majority may open the gates of the city to the
maddening hordes, a remnant has remained – a small group committed to
defending the Lord’s Kingdom no matter the cost.

Jeremiah 23:1-4 says, “I myself will gather the remnant of my flock
out of all the countries…” God is very interested in a faithful
remnant. Gideon is one of the best examples. The Acts 2 church was
that. St. Patrick revitalized the medieval church from a remnant. Count
von Zinzindorf took a remnant and started a 100-year nonstop prayer
chain that bore great fruit.

The remnant is always perceived by the outside world as a band of
zealots. They are the guardians of the flame, the true believers who
will go down fighting.

This generation is in the process of abandoning the faith of their
fathers. 53,000 a week leave the institutional church in America, never
to darken its doors again. But a remnant remains. The flame may be
flickering, but it is still lit. New generations will yet catch fire if
we tend that flame.

about this generation as a remnant.