In
yesterday’s blog, I shared the story of a pastor I met in Cuba named Manuel who is fearless
in the face of persecution. Here is
another story he shared with me. 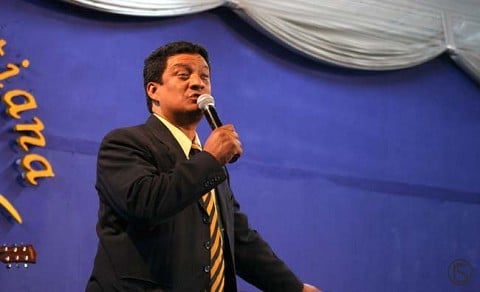 “Once I
learned of a church that the government had turned into a mattress
factory. I did some research and then I
wrote to Castro about it. I was very
indignant. I cited the laws that made
this illegal.

Imagine my
amazement when, upon receiving the letter, Castro issued an order that the
mattress factory be emptied and returned to a church in 10 days!

The factory
owners came to me and begged for more time!”

Manuel’s
sons have inherited his passion. Three
are pastors. One, Saul, committed the
unheard of crime of building a church without government permits.

When the
government official saw what he had done, he exclaimed, “Saul, you can’t do
this. Now we have to tear it down!”

Saul was
undeterred: “Go ahead. You’re the one
who’ll be hurt. I completed the
application over a year ago, and it has sat on your desk ever since. You’re the one at fault!” So the government official brought another
official to try to reason with him. Saul
was just as emphatic with her, “Look – the people need this church. That’s why we built it.”

The woman
turned to the colleague who had brought her. “You know, he’s right; we should
leave them alone!” The official had to
back down. The fruit is evident for all
to see: now the church is packed much of the week with believers.

In this era
of calculated risk, Manuel’s bold stand against tyranny looks
anachronistic. But it was on such
boldness that Jesus said He would build His church. Somewhere between the concern over pension
funds and the viewing of yet another TV program, we have lost our way. We need to look at Manuel’s example and
repent.

Let me ask
a pointed question: When was the last time you decided to stand up against an
increasingly godless society? We are too
defensive! We need to boldly lay claim
to those things God has already given us.
We have ceded too much to a weaker foe.
Manuel knew this and stood his ground.