Debriefing #10 – Untangling lies from the truth

A good debrief helps untangle lies from the truth. Here’s how: 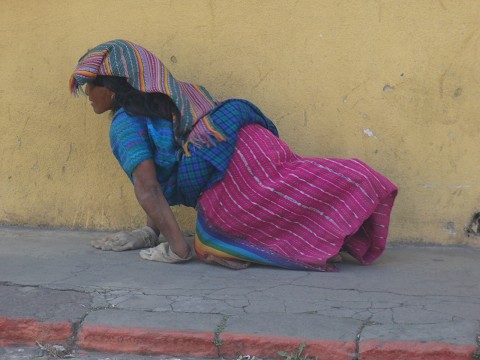 A few innocent little lies are one thing, but chances are, your
mission trip participants have been sitting down to a veritable buffet of
assorted prevarications and mendacity.
In today’s society, here are some of the more common garden-variety lies
that many of them have already ingested:

The world is a mess and I can’t make a
difference.

Faith is an ethereal concept best left to
my youth pastor.

My relationship to God is a private thing. 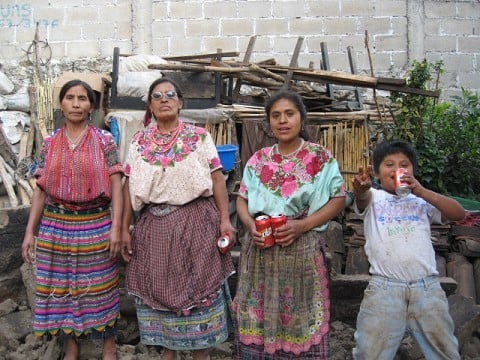 Parts of my life are off-limits to God.

If I give something, I should receive
something back.

If I should choose to give unilaterally,
then it is a noble act.

Yes, as the saying goes, the truth hurts. But it also heals. If your participants are consuming a diet of
lies, then you’ve got to provide them with more than an occasional appetizer of
truth.

Mission
projects often can act like a hypodermic injection of the truth. They present truth not as a sermon or as a
reproach, but as living parables.

For example, the participant who has embraced the twisted notion
that material things are important is in for a shock when he spends a week
ministering to those living on garbage dumps in Tijuana.
If he’s like most Americans, his brain is addled by the influence of
commercials pumping the importance of everything from Nike tennis shoes to
ipods.

You may have preached to him till you’re blue in the face. But he needs to experience the simple
happiness of a tot growing up with nothing in a slum. 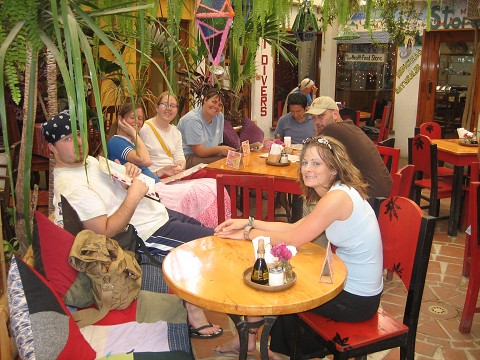 If a participants has embraced the equation: LOTS OF STUFF = HAPPINESS, then what is he to
make of the equation: NO STUFF =
HAPPINESS? Something has to give.

The powerful searchlight of truth illuminates the dark areas of
our lives, enabling us to join with Paul in “taking every thought
captive.” The above list of lies
with the truth alongside it is robbed of its power to blind. Consider Joe, a typical teenager I know who
went on a summer project to Mexico. Travel with me for a moment inside Joe’s head
to examine his thought life. How does he
process his time on his mission project?
Here are examples of how he is empowered to take his thoughts captive as
the result of his experience:

LIE: The world is a mess and I can’t make a difference.

TRUTH: I can make a
difference when I step out in faith. I
made a difference when I helped build a home for a family who didn’t have one
this summer. Now they know someone cares
about them.

LIE: Faith is an abstract concept best left to my pastor.

TRUTH: Faith is as practical as opening my mouth when I’m
scared. I did this in front of the
congregation before leaving on my missions project, and they helped meet our
team’s financial need.

LIE: My relationship to God is a private thing.

TRUTH: By working on my testimony, I was able to share my
relationship to God with Gloria, a woman I barely knew. I felt awkward doing it, but she came to
Christ because I didn’t keep my faith to myself. The next time I shared my faith, I had more
confidence.

LIE: Parts of my life are off-limits to God.

TRUTH: I saw that I could trust God when I was in a tight
spot. A lady asked us to pray for her
arthritis. We had to respond, but I
didn’t have a clue about what I was doing!
We went ahead and prayed. I know
my faith was weak, but God answered our prayers – her 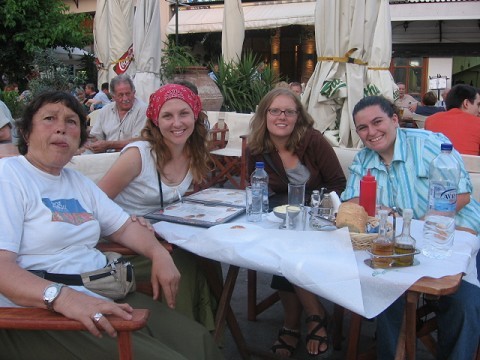 pain went away right
then! Because God showed Himself
trustworthy, I decided to turn over my future to God. I no longer hold “making a lot of money”
as my life objective.

TRUTH: It felt so good to be able to build and then give a new
home to the Gonzalez family without expecting anything in return. It’s like I really did something that counts. I may not have done much in my life, but
here’s one thing where my motives were unselfish.

LIE: If I should choose to give unilaterally, then it is a noble
act.

TRUTH: I made a Mexican friend named Martin who owned almost
nothing except a guitar. We became good
friends during our week together. I knew
it would be hard to leave, never knowing if I would see Martin again. But when I left, something happened that I
didn’t know how to deal with. Martin
gave me his guitar as a gift. I know my
friends in the youth group look up to me as kind of a macho guy, but when that
happened, it didn’t matter who was watching, I just lost it. Everything I gave that week looks ridiculous
in comparison; Martin gave up the most important thing he owned.

What is Spiritual Feedback?

I grew up in a family that did not have great feedback loops. We were all about high-performance,…
29 December 2020

Beautiful Questions to Ask in 2021

It’s the in between time. Time to take a last look into that maelstrom that was 2020 before shutt…
28 December 2020

What Do Old Journals Say About My Life?

I have made a habit of journaling for most of my life. In the attic I keep a box spilling ove…