Deliverance ministry – a story of how it works

There are many things that my well-meaning evangelical church never taught me about life in Jesus as I grew up in central Missouri. I was never taught about the Holy Spirit, how to appropriate his power, or about our enemy, the devil. I think the assumption was that God just took care of all th…
By Seth Barnes
27 January 2008, 12:01 am
By Seth Barnes
27 January 2008, 12:01 am

There are many things that my well-meaning evangelical church never taught me about life in Jesus as I grew up in central Missouri. I was never taught about the Holy Spirit, how to appropriate his power, or about our enemy, the devil. I think the assumption was that God just took care of all that stuff and, since nobody had much experience with it, we didn’t need to know about it. 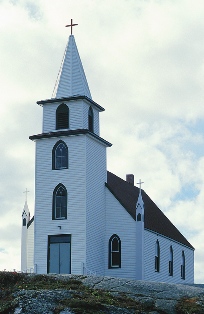 As an adult, I’ve seen the reality of a personal evil in ways that would shock most of you. We see it all the time in our work overseas. Most American Christians would not have a clue what to do with an enemy that wants to either leave them numb to his reality, or if they ever wake up, kill them. But as we disciple young people on the World Race, stuff blows up in the spirit all around them in response to the authority they are wielding. They are learning how to “do the stuff” – the stuff that Jesus did and sent us to do (i.e. “he gave them power and authority to drive out all demons and to cure diseases” – Luke 9:1).Yesterday I blogged about an experience that Robbie Riggs, Matt, Kelton, and Nate, World Racers in Chincha, Peru had. Today, I read Robbie’s blog, hot off the press, describing how it all went down:

Daisy starts speaking and saying that when she
closes her eyes she sees a “beast.” Automatically I start questioning her: how
long? do you know why? does this “beast” speak to you? All these questions
coming out of me and I had no clue why.

She said that it
had begun since the earthquake and that it was starting to tell her to follow her and believe him.
She had been raised in the church, sang in the choir, but then had stopped
going because a lot of people were ‘hypocrites.’ She was just angry with the
Lord.

So, I felt that we needed to
get this ‘demonic spirit’ out of her and that it could no longer be there. I
just couldn’t bear the thought of leaving this house and this in her… NO WAY!
So we just began.

We walked over, laid
our hands on her, and started to just pray in the Holy Spirit that this
‘demonic spirit’ would leave her in the NAME OF JESUS CHRIST! Wow…the intensity
level went through the roof! The Lord spoke to me and told me never to close my
eyes, to keep looking at her, to keep being authoritative and never to et down
until it was gone and that she didn’t really need to know everything we had to
say – this was on a level that was spiritual.

Well, here we are–4 guys who
are just average ‘Joes’ to say the least, who had never done this. We came together with the Lord and while we were praying for this to
get out, Daisy just sat there with her eyes shut the whole time. Then, we
started telling her to open her eyes and there would be freedom, the release of
this spirit.

The Lord was obviously telling us to do so, because we were all
agreeing together. As we were doing this, her eyes were moving so fast you
could see the eyebrows moving fast – I can’t even imitate it. Then as we were
speaking life into her (the Truth in Christ), we were telling her to
open the eyes, and she would start ‘twitching’ and shaking her head.

NO! We
didn’t give up because we knew that it wouldn’t be gone until she opened the
eyes. Then all of a sudden she opened up her eyes and it was gone! We could see
it, so much happiness, singing and shouting to the Lord. GOD IS AMAZING! Light
was so prevalent now in her life, the house was even lighter. I loved it!

Then
Daisy asked if we could pray for her mother. I have known them for 2 ½ weeks
now and never had seen her mother smile. So, a prayer was to be joyful and that
she would break through that sadness and receive joy and smile. She did in the
end and then couldn’t stop it! God blew me away yesterday!

We all have this in us.We have His power to do such things. I
challenge you to pray dangerous prayers that will stretch you to the limit like
this and that you will be used in mighty ways! We are His feet, His hands, His
mouth, His smile, His touch, His legs, His arms – HIS! There is nothing that we
can’t do through Him and Praise Be To God for that! I hope that this is an
encouragement for you as it was to me, though I did experience this, I hope
that you can see and feel Christ through this story and that you can see that
God is so alive and active (Hebrews 4:12).

Do not ever under estimate the
power of Christ…it is our strength and gives us life!

“For God has not given us a
spirit of timidity, but of power and love and discipline.” -2nd Timothy 1:7

So, here’s my conclusion: Robbie’s generation has been asleep too long, duped by well-meaning but timid religious teachers into believing that this stuff doesn’t happen any more. It does. It happens every day, and it’s time that we started learning how to do it and join in the fun.