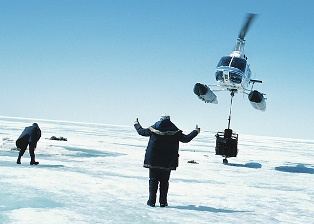 Well, let’s look at Susan’s mom to illustrate what we’re up against.  At a party, my friend told me about Susan.  Susan is in her early 20’s and lives at home with her parents.  When she didn’t answer her mom’s text messages last week, her mom became so concerned that she drove the hour distance to her daughter to find out what was wrong.

As it turned out, nothing was wrong with the daughter.  The only real problem lies with the mom whose understanding of her role in her daughter’s life is way out of whack.  Unable to do what any mother in nature does instinctively, she has slipped into a dysfunctional codependent relationship.

In doing so, she’s created a mess, an irresponsible daughter who remains tethered to the nest, unable to fly as God intended.  So what’s the answer?

The best thing that could happen to the daughter is that she begins experiencing the pain of her own bad choices.  As Herbert Spencer said, “The ultimate result of shielding men from the effects of folly, is to fill the world with fools.”

Sadly, the prospects for a young woman like Susan are poor; her character is almost fully formed.  Her best hope is that her father will wake up to the devastating result of his failure to exercise authority and call a halt to his wife’s mothering run amok.  It won’t be easy – detoxing never is.  Susan is sure to scream for help.  But if she is ever to move from adolescence to become a functioning adult, she has to start feeling pain.

If you’re a parent wrestling with this issue, the first step is to get on the same page with your spouse.  Karen and I have a similar philosophy of parenting, so it hasn’t been hard for us, but I can’t help but cringe as I watch many of our friends fall prey to a broken cultural model where the mom is allowed to continue mothering well past the appropriate age.  What makes this harder still is that often one spouse or the other knows in their gut that things should be different.

The next step is to apologize to your children for all the coddling and to inform them that you’ve decided to make a change.  Let them know specifically how you will be changing your behavior and what changes you will expect them to make.  Susan’s mom can say, “Honey, I won’t be worrying about you so much and I won’t drive an hour to find out how you are.”

The first time this happens – when you fail to swoop in and rescue them will likely produce yelps of pain and protest, so it’s best if you can refer back to a conversation where you said, “Now this is what you can expect …”

Naturally the younger the child, the greater the possibility of making a successful course correction.  If your child is 15 and you’re still making her lunches, now would be a good time to stop.  Ask your child to get a job.  When she makes a mistake, refuse to rescue her.

For a deeper look at this wimp-making syndrome that has swept our cultural landscape, check out yesterday’s blog.