Devastated by 2 Hurricanes – Where’s the Church?

Where is our response to the two hurricanes that have devastated southwest Louisiana? Despite winds that were more powerful there than those of Katrina, our attention has been absorbed by Covid and the election.  Historically, the Church has been a source of hope in the wake of natu…
By Seth Barnes
12 October 2020, 12:10 am
By Seth Barnes
12 October 2020, 12:10 am 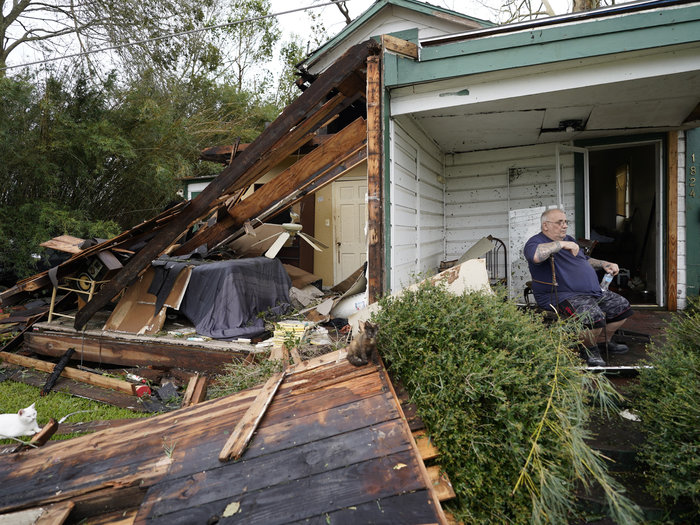 Where is our response to the two hurricanes that have devastated southwest Louisiana? Despite winds that were more powerful there than those of Katrina, our attention has been absorbed by Covid and the election.

Historically, the Church has been a source of hope in the wake of natural disaster. 15 years ago when Katrina ripped through Louisiana and Mississippi, the Church responded. AIM brought 4000 volunteers to help in that first year (here’s my first report in 2005). Some were individuals, and many of them were youth groups.

Hurricane Laura may not be getting the press, but it caused the deaths of at least 42 people in the U.S. and inflicted an estimated $14 billion in damages. A large percentage of roofs were ripped off.

“Add Laura and Delta together and it’s just absolutely unprecedented and catastrophic,” Hunter said. “We are very concerned that with everything going in the country right now that this incident may not be on the radar nationally like it should be.”

AIM is again at the forefront of the response. Partnering with Samaritan’s Purse, our World Race teams are on the spot clearing trees and making a difference (for a report go here).

How should the Church respond to tragedy? I’ve been asking that question most of my life. I don’t know. My visceral response is we should do what Jesus would do. Usually when he saw a felt need and a call for help, he responded.

What do you think? In the wake of all we have to deal with how should we respond?

If you’d like to help, I will personally help you get plugged in. Email me here and we’ll let you know options.