Do Men Know How to Pick a Righteous Fight? 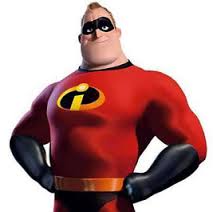 People are confused about a lot of things today. The things that we used to consider basic, like a man’s attraction to a woman are under attack.

In Japan, nearly 40 percent of singles in their 20s and 30s do not want a romantic partner, with many calling relationships “bothersome,” according to a government survey. They call it sekkusu shinai shokogun, or “celibacy syndrome”.

A third of Japanese men under 30 have never gone on a date at all.

What is up with that?

At least we’re not that bad here in America. But we’re still pretty messed up. Honestly, I struggle to discover what most young guys here care about. They don’t commit to things for very long and the fear of missing out or the fear of failure seems to hold them back from a lot of things I used to take for granted.

And if they can’t commit to anything, how in the world can they fight for it? The Bible tells us to “learn to do good. Seek justice. Help the oppressed. Defend the cause of orphans. Fight for the rights of widows.” (Isaiah 1:17)

Who is doing that? Who is protecting the women and children? Men used to do it, but they seem too busy playing Pokemon GO now. I mean, why bother fighting for rights when you can have augmented reality now?

“I’m going to go pick a fight,” says Sean Connery, the Irish cop who sees evil clearly enough to confront it in the movie The Untouchables.

Prohibition led to the rise of gangsters like Al Capone. The movie told the story. Ordinary citizens lived in fear. The police were in Capone’s pocket. Would anyone stand up for what’s right?

And that’s when Connery’s small group of law enforcement officials – the untouchables – decided to pick a fight.

Who in our society is doing that now? Do men even know how to pick a righteous fight? We live in a time where the axiom “all that’s necessary for evil to thrive is for good men to do nothing” is coming true.

Good men and women are being intimidated and cowed to sit in silence as the values on which our freedoms were established are under siege.

On college campuses across the country, we’re watching as students embrace political correctness. They shout down those who disagree with them. The irony is that freedom is under attack.

Men especially are confused. Typically they do what men have done since the dawn of time – they sit in silence. In the story of Adam and Eve, Adam sees his woman being deceived by evil and instead of fighting, he retreats into silence.

We have a job description

I recognize in taking on this issue that it may feel as though I’m bashing young men for something that feels beyond their control. Let me be clear, this started with us fathers. We Boomer dads didn’t model what our sons needed. We didn’t show them what it looks like to fight for a righteous cause. We were focused on our own careers and 401k’s.

So this is not about finger-pointing or blame. It is about trying to take responsibility that God has delegated to us men.

God gave men a job description (in Genesis 1) – to subdue and rule over creation. It implies a fight. And for most of history, men have done just this. Many have fought unrighteous battles rooted in pride. But some have embraced God’s charge to his people in Isaiah 1.

When America was founded, men had to fight. In the 60’s we fought for Civil Rights. Since then, there have been a confusing set of wars in Southeast Asia and the Middle East.

But how and what do we fight in this modern day? And what do we do with a generation that seems nonplussed by the idea of fighting?

Let’s begin by agreeing on a few things worth fighting for. We need to fight for identity, community, and kingdom for starters. Shame and our own brokenness keep us from experiencing the freedom that God intends. Specifically fight for these truths in yourself and others:

God loves humans and is good.

I am worth loving.

There are those who love me and there is a group I can belong to.

I deserve to live free and then offer that freedom to others.

There are those who can’t fight for themselves – I can help them.

Often, we may be our own worst enemy. It’s for that reason that we encourage others to begin fighting with the kind of vulnerability that invites connection and puts shame to flight. Vulnerability allows people to expose lies and share what may have seemed shameful. It may seem paradoxical, but it destroys the places where lies can set up shop and divide.

From there a strong community can form and vision and values can be affirmed.

And from there, we can launch out to plant the kingdom in places where evil has established a stronghold in other communities. Some call this church-planting.

In the book The Fourth Turning, Millennials are seen as the “Hero” generation. But heroes need causes. It’s hard to get too excited about causes when every need has been provided for.

Men need to learn how to fight for a righteous cause. Where are tomorrow’s heroes? What can be done to awaken them to the greatness within them?