Em Griffin was one of my favorite professors in college, but he said something that caused me a lot of heartache. Karen had a boyfriend for four years before meeting me. She was wrestling through what to do with that relationship when she started falling for me.   Perplexed, she heard Grif…
By Seth Barnes
03 February 2010, 12:02 am
By Seth Barnes
03 February 2010, 12:02 am 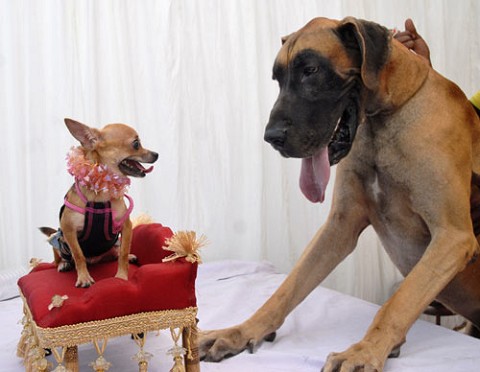 Em Griffin was one of my favorite professors in college, but he said something that caused me a lot of heartache. Karen had a boyfriend for four years before meeting me. She was wrestling through what to do with that relationship when she started falling for me.
Perplexed, she heard Griffin make the point in a lecture that “opposites attract.” She thought to herself, “Seth and I are alike in a lot of ways, and this other guy and I are opposites.” Armed with that thought, when the guy proposed, she said, “yes.”
Fortunately after a month of thinking it through some more, she broke off the relationship and I didn’t waste any time in showing her that whatever anyone else said, we were meant to be together (if you’d like to read the story of our relationship, here it is).
Because we now have five children of marriageable age, this issue of opposites attracting is once more a hot topic in the Barnes home. In what way do they attract? Well, first of all, couples need to match up in some important ways. Value systems and goals should be similar. That’s what the Bible means when it says, “Don’t be unequally yoked.”  If your purpose in living is to please God and bring his kingdom, you want a mate who is similarly committed. If, for example, you embrace a lifestyle of simplicity and adventure, a materialistic spouse will frustrate you.

Experts are divided. “I don’t really think opposites do attract,” says
William Ickes, PhD, professor of psychology at the University of Texas at
Arlington and author of Empathic Accuracy.  Jean Lawrence in this article on WebMD cited some significant ways people can be alike or
opposite?

But when you look at temperament, find for someone who completes you. Looking at the four scales of the Myers/Briggs test, extroverts often do better with introverts. Two very quiet people may come to resent the silence in their relationship. And feelers often need thinkers to sort through issues in a more practical way. Similarly, unstructured people often need someone who is more task-oriented in their lives and task-oriented people need someone who brings the party.
Whoever the love of your life is, my advice is to celebrate the differences between you. Abandon the Pygmalion Project – guys, you will never make her into My Fair Lady. And women, your man doesn’t want you to turn him into a project. After all, if both of you were to be the same, one of you would be unnecessary.