Explore
Follow Us
My Life
Writing Blogs and Books

I had seen the power of microcredit working with refugees and those caught in a cycle of poverty in Indonesia. Small businesses that didn’t have access to capital couldn’t grow. Give them loans and they could often create new jobs for $1000 or less. Karen and I went to the Dominican Republ…
By Seth Barnes
30 November 2021, 12:11 am
By Seth Barnes
30 November 2021, 12:11 am 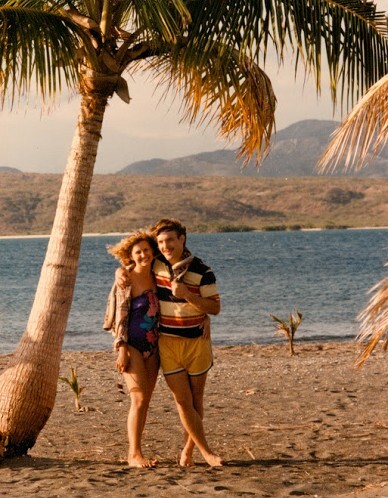 I had seen the power of microcredit working with refugees and those caught in a cycle of poverty in Indonesia. Small businesses that didn’t have access to capital couldn’t grow. Give them loans and they could often create new jobs for $1000 or less.

Karen and I went to the Dominican Republic in 1981 with Opportunity International to establish a microcredit firm there. I served as a consultant to a board of directors. But I was just 24 years old and didn’t speak Spanish.

I applied myself to learning the language and trying earn credibility. But after a year, I could see the new venture was going to fail. The director was inexperienced and didn’t want my help. What to do? Cut our losses or continue to attempt to salvage what was broken?

I came to the conclusion that the best thing would be to start over again. You can’t build on a broken foundation. The organization needed to fail so that we could get a new board and a new executive director.

But doing that would be complicated. My boss in the US wasn’t ready to take such drastic action. I was young and brash. At some point, I knew I had to go all in with my conviction. I had to put my job on the line. I told my boss, “I know how to fix this. I may be young, but I have a plan. To implement it, I need just one thing – the authority that the job requires. Trust me.”

His options weren’t good. So, he agreed to trust me.

I had developed relationships with the board members and told them, “You know that we’re failing in our mandate. Our loans are not performing and the director needs to go. Please dissolve the organization and let’s start over – I can’t continue otherwise.”

As 1982 drew to a close, three of the five board members agreed and voted to dissolve the organization. I recruited a new, more experienced board of directors and a new executive director, a man named Rafael Contreras.

Rafael was an engineer, not a banker. But he was a great partner. We worked together on every big decision. I shared everything I’d learned about starting a successful microcredit organization with him. We called the new enterprise ASPIRE – Asociación Para Inversión y Empleo. We hired new staff, trained them and implemented systems in the operational manual I’d written that fit the local context.

I looked online to see and was astonished. ASPIRE has gone far beyond what I’d dreamed. Looking in it’s last annual report I saw that it has 32 offices. Its nearly 500 employees manage $54 million in loans in over 150,000 accounts!

When you think about the number of jobs that have been created over nearly 40 years, it has likely been in the hundreds of thousands or more.

Reflecting on the experience, I drew a couple of lessons. For one thing – it’s so important to get the foundation right. Better to start over than to compromise. And I also learned to not despise small beginnings. The magic of compounding takes that start that looked insignificant and turns it into something so much greater.

What are you working on that is small and leaves you wondering if it’s worth the effort? I wanted to encourage you with my story. I learned that getting a good foundation is worth it. Whatever dream you have that you may be doubting, why not double down on it? It is worth it.