Our middle daughter, Estie, just made a momentous decision and writes about it here. I like my makeup, my clothes, my bed. So when people brought up the World Race I would answer with a resounding “No.” My journey with the World Race started on Father’s day. I had been tal…
By Seth Barnes
16 August 2012, 12:08 am
By Seth Barnes
16 August 2012, 12:08 am 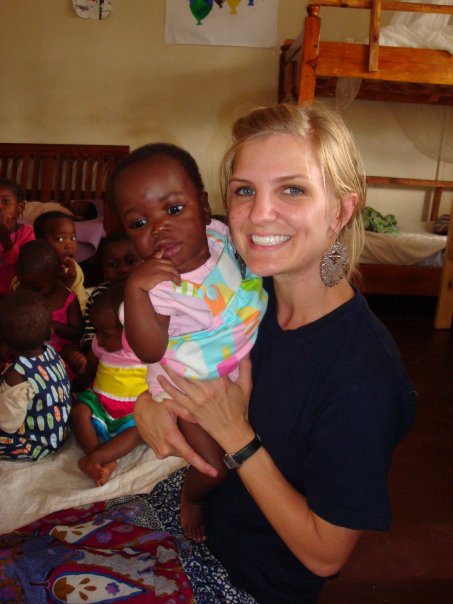 Our middle daughter, Estie, just made a momentous decision and writes about it here.

I like my makeup, my clothes, my bed. So when people brought up the World Race I would answer with a resounding “No.”

My journey with the World Race started on Father’s day. I had been talking to my parents a lot about orphanages and sustainability issues and what that could look like if I were to get involved in such projects.

While vaguely discussing these matters with my mom over dinner she mentioned, “Well, you know if you went on the World Race you might be able to do some research on these questions.”

I looked at her like she was crazy and responded with, “Yeah, but I’m not going on the World Race.”

A few days later my younger sister, Emily, came over to play with my new puppy, Charlotte, and randomly said, “Estie, if you go on the World Race do you promise me I can take care of Charlotte?”

I looked at her like she was crazy too and said, “A of all, I’m not going on the World Race and B of all if I went anywhere for an extended period of time Charlotte would stay with mom and dad.” It only took those two short conversations to plant a seed, and after that the World Race began creeping into my thoughts even though I promised I would never go.

Shortly after that I went to hang out with one of my close friends who felt very much the same way about the World Race as me. We were talking about random stuff when she said, “So Estie, guess what, I applied to the World Race.”

I looked at her in disbelief, “Are you kidding me?”

She told me why she thought she wanted to go and shared what God had laid on her heart. I sat and thought about it for a few seconds before asking, “I wonder if God wants me to go too?” It was the first time I said it out loud and I couldn’t believe I said it.

It took me a couple days to really think it over. I cried over the thoughts of what I would miss. I would miss my puppy. I love my family and can barely handle the thought of not seeing them for a year. I have friends getting married, I don’t want to miss their weddings. And who knows if my sister and brother in-law would start having kids.

Next year would be a big one. But I had to ask myself, “Am I happy living the life I’m living now?” The answer was immediate, “No.” I hadn’t experienced intimacy with the Lord in a long time. I was living for my security, for anything that would make me feel safe. I realized I just wanted to experience Jesus in a radical way so that I wouldn’t need anything but Jesus to make me feel safe.

So here I am. Packing my bags for an eleven month adventure. I’m mostly anxious, but I feel confident that this is the direction God wants me in because even though I’m scared to leave all I know, I feel a quiet peaceful voice saying, “this is the way, walk in it.”

I’m ready to have a year to focus with intensity on my relationship with the Lord and to invest in orphans, and overcome culture barriers with laughter and hugs that communicate the eternal love in store for us. I’m so excited to be molded by community. I want more of Jesus.