World Racer Morgan McKeown loves being surrounded by people. She loves listening to people and finds joy in the fact that both friends and strangers often open up and share their lives with her. She has been through many tough times, but considers her ability to empathize worth the pain. Lif…
By Seth Barnes
16 August 2007, 12:08 am
By Seth Barnes
16 August 2007, 12:08 am 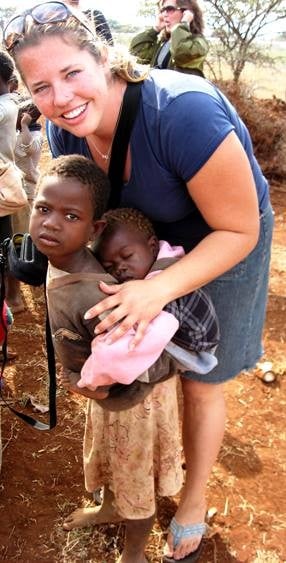 World Racer Morgan McKeown loves being surrounded by
people. She loves listening to people and finds joy in the fact that both
friends and strangers often open up and share their lives with her. She has
been through many tough times, but considers her ability to empathize worth the
pain.

Life has not always been easy for Morgan. At age 14 her
life was a mess – depression, bulimia, suicidal thoughts, and toxic
friendships. But a mission trip to Tijuana, Mexico radically changed
her.

After graduating from college, Morgan took a position as
a junior high and high school youth director at a church in San Diego. Gradually
working in the church became more of a job than a ministry. Instead of seeking
God daily, Morgan began catering to the demands of the people around her and
somehow, lost Christ in the midst of ministry. The “burn-out monster” was
rearing its ugly head.

In November, 2005, a relationship she thought was going
to end in marriage abruptly ended; problem after problem was surfacing at work.
Morgan felt more ineffective every day: “I was tired all the time and just
wanted to numb the hurt. I felt chained down and was not able to use my gifts,
or find my voice. Day after day I sobbed to God, asking him to take the hurt,
wondering if the season of heart-wrenching agony would ever end.”

It was through a time of brokenness and deep
soul-searching that Morgan discovered The World Race and realized it was a part
of God’s plan for her life. As one life season came to an end, a journey
beckoned; a new journey that rekindled the excitement to share God’s love
through overseas mission work.

After half a year on the World Race, Morgan is going
strong. If you’ve checked out her top-rated blog, you can see her passion on
display.

While Morgan’s people skills vaulted her to a position
of leadership on the World Race, it has not been easy. Getting all the strong
personalities on her team to come together in unity has taken a lot of backbone
and a lot of tears. On many an occasion she wished someone else had the
position.

But Morgan has come shining thru and has learned so much
in the process. People almost always know that she loves them and is for them.
Whatever God calls her to do when the race is over, it’s safe to say that she’ll
lead with love.