Facing the consequences of your actions 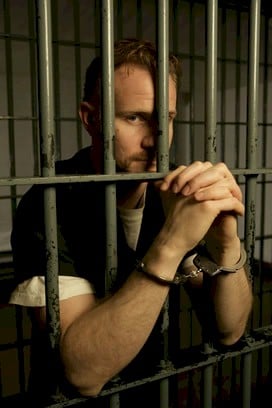 “I didn’t mean for it to turn out like this.”
How often we hear words like those in our everyday life. And my response is, “So what?”
Actions have consequences and intentions may have little to do with them. In our victim-focused culture, this is hard medicine to swallow. It doesn’t compute and it’s not politically correct.
It doesn’t square with a Bible that says black and white things about accountability for action like: “And as it is appointed unto men once to die, but after this the judgment:” (Heb. 9:27).
Here’s an example from my life today: I’m leaving in half an hour for a courtroom where I will sit with a friend for the sentencing of her husband. He’s going to get 30 years for pedophelia.  The whole thing is horribly tragic. But actions have consequences. They have consequences in my friend’s life, consequences in a child’s life, and consequences in the life of the man being sentenced.
I have another friend who volunteered with my ministry who will be sitting in jail for another ten years for the same crime. And another friend of mine who was a victim of that crime, turned to a gay lifestyle as a result, then contracted AIDS and died.
“I didn’t mean for this to happen” doesn’t cut it.
The good news is that though God is committed to justice, he is also committed to freedom. “The truth will set you free,” he tells us. So truth has consequences too – it brings justice. Once justice has been administered, freedom is possible. Victor Frankl may have been in a Nazi concentration camp, but he lived the life of a free man, blessing his torturers. There is no torture quite so painful as the torture of a seared conscience.
Many of us want grace without justice. Jesus came to set the captives free and asks us to do the same. We need to belly up to the bar and face the consequences of our good intentions run amok. We’ve hurt people, we’ve failed to really, honestly apologize and failed to make amends. And the irony is that we ourselves remain imprisoned as a result.
It’s a great day to join Jesus in his liberation project. Someone in your life needs you to own your actions. Someone can be set free just with a few words of a clean apology: “I’m so sorry. I see the pain my actions caused you. Will you forgive me?”
Own the wreckage you left behind.* Own the mess. Come clean today and find the freedom that he promised you.
* Here’s an article giving you seven principles in asking forgiveness.