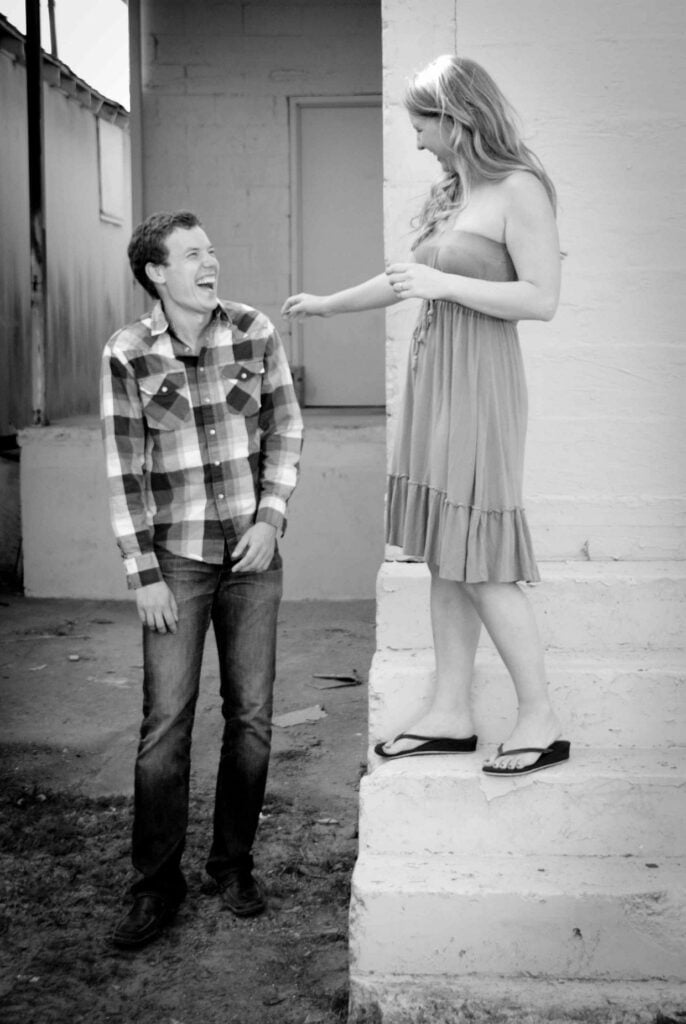 Joe loves Talia and knew he would before he ever really talked to her. How did that happen? I don’t really understand it, but the net result these six months later is that they’re getting married (this weekend).
It came so easy for me. It was like the Manfred Mann song: “There she was just walking down the street. She look good! She look fine!”
When I saw Karen in the dorm lounge, something clicked inside that said, “Game on!” All that was left for me was the thrill of the chase. And what a chase it was (I tell the story here).
Yes, there was me the analyst saying to my parents, “I made a list of the 30 qualities I want in a wife and she has 29 of them.” But there was nothing analytical about it. At the end of the day, it was a feeling in my heart, a knowing in my spirit. This was it.
Of course it didn’t happen quite that way for her and, as near as I can tell, it doesn’t happen that way for most people. The one characteristic out of the 30 that Karen was missing was availability – she was in the process of getting engaged at the time!
Since then, I’ve thought about what it is in a person that falls in love. Why that pretty face? What was the difference? As near as I can tell, it’s a spiritual thing. Kind of like when John the Baptist leaped in his mother’s womb when he heard Mary’s voice.* Our spirit-man recognizes things that are being transacted in the spiritual realm. There are certain people you will be covenanted with – friends for life. Your spirit knows it before your mind does.
On a number of occasions, I’ve known that someone was going to get married before they even met their spouse. Don’t ask me how exactly that works. Falling in love is that way. You can try to dissect it like you would a starfish arm in your Biology 101 lab, but it defies analysis.
And it’s because of the magic, magic that you can feel viscerally just by being around a couple falling in love, that we love romantic comedies. You can sponge off someone else’s high, especially if you’re inclined that way. To me it’s kind of a proof for God – it defies explanation.
Have you felt this spiritual thing we call romantic love before? I’m out of my league trying to explain it. Perhaps a few of you can help me out…
*Luke 1:41