Thanksgiving is a time to return home. But what do you do if your idea of home has changed? I remember at 18 feeling this way. I had left for college in Chicago and was glad for the independence. Thanksgiving was the first vacation and my parents wanted me home. My two college buddies and I dr…
By Seth Barnes
27 November 2013, 12:11 am
By Seth Barnes
27 November 2013, 12:11 am 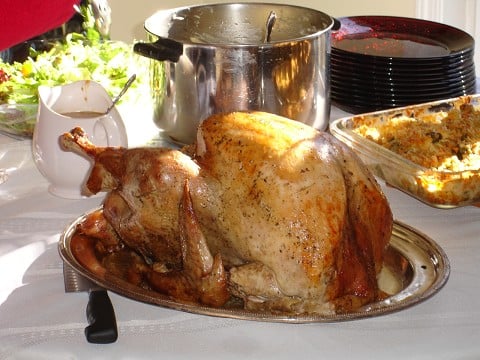 Thanksgiving is a time to return home. But what do you do if your idea of home has changed?

I remember at 18 feeling this way. I had left for college in Chicago and was glad for the independence. Thanksgiving was the first vacation and my parents wanted me home. My two college buddies and I drove seven hours, stopped for a meal at their house, but kept driving south to the beaches of Mexico.

What if you’ve changed and home hasn’t? The people at home treat you the same, but your journey has not only changed you, it’s made you an instrument of change.

Jesus experienced this after he’d left home. His conclusion? “No prophet is accepted in his hometown.“

Homeless, he walks from town to town, making his home with those who are with him. Luke describes his traveling companions:

Some women who had been healed

God designed us for community, for connection. Maslow describes that need as the third of five needs hardwired into us. When we find those connections, we may call it “home.”

Jesus belonged to two communities – for thirty years he was known as Joseph’s son in the village of Nazareth. And for a few years, he was a traveling rabble-rouser surrounded by the rabble he had roused.

At one point, the two communities awkwardly collide when Jesus’ family comes to see him. Luke tells us that they can’t get close to him because of the crowd. We assume that means physically close, but what Jesus says shows us that it’s more than just proximity: “Who is my mother and my brothers?” He asks. Then he pointed to his disciples and said, “Here they are.”

“Ouch,” we think, hoping that perhaps he later debriefed his family in a more private place. It would have been nice to say, “Look, it’s nothing personal – I was just making a point about community.”

As you sit around your Thanksgiving table, you may feel thankful and warm inside, but still a stranger. Jesus knows how you feel. Peter said we are “strangers and aliens here on earth.”

Feeling different and even a little strange in places where we once fit so naturally may be disconcerting to us, but it helps us to recognize the reality that we were made for something more than what we used to call home.