This is the second in a series by LaShondra Riddle.  I didn’t watch the video of George Floyd’s death for the same reason many others didn’t. I have seen other videos like it in recent years and I knew my heart couldn’t handle watching a man beg for his life, only to be met with the sort of …
By Seth Barnes
16 June 2020, 12:06 am
By Seth Barnes
16 June 2020, 12:06 am 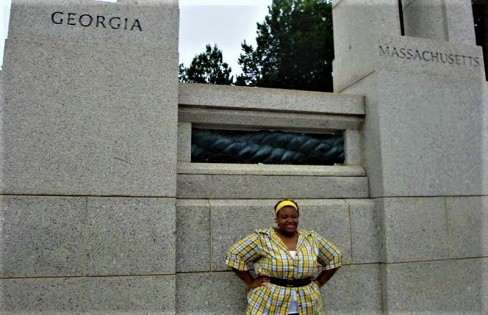 This is the second in a series by LaShondra Riddle.

I didn’t watch the video of George Floyd’s death for the same reason many others didn’t. I have seen other videos like it in recent years and I knew my heart couldn’t handle watching a man beg for his life, only to be met with the sort of casual indifference that is rooted in evil.

I did, however, watch the bodycam footage of Rayshard Brook’s interaction with police before he was ultimately shot and killed and my heart broke because I knew, watching it, he never made it home. And I cried, because for five minutes, I got a glimpse of who he was and how the Lord made him.

I listened to him talk about celebrating his daughter’s birthday. I listened to him repeatedly refer to his girlfriend as “Bae.” I watched him, as calmly and as respectful as possible, answer each of the officer’s questions.

And even knowing how it ended, hope rose in my chest when he offered to leave his car parked and walk home because he lived close by.

And after that offer was ignored, I watched him struggle over whether or not to submit to taking a breathalyzer test. I watched him say yes because he didn’t think he could say no, despite being told it was his choice.

And ultimately, I watched him struggle and try to run away and it resulted in him being fatally shot in the back, twice.

I’m aware people have a difference of opinions on whether or not his shooting was justified because he managed to grab one of their tasers in the struggle. But regardless of where you stand on the death of Rayshard or George or any other black person that has died at the hands of police, the fact still remains there is an ever-present cancer eating away at America and that cancer is racism.

Racism undoubtedly exists in the U.S. and it is not isolated to a few run-ins with police. And as much as some people think black people talk too much about race, I guarantee you, it is more common and more prevalent than many of the black people you know ever talk about.

Racism is undeniable. It is awful and it should not be. And I believe that we should be working to change that, as much as it is in our human capacities to do so.

That said, I find myself, time and time again, quoting Paul when he writes, “If our hope in Christ is only for this life, we are to be pitied more than anyone.” For me, it highlights just how terrible life can be and, at the same time, points me to a future hope where all things are made right and suffering and death cease. That isn’t to say we don’t do our part in trying to alleviate the suffering of others now, but my hope is not in America righting its wrongs.

My hope is an eternal one filled with glory and it is that future reality that sustains me in this present one. It is this hope that the early church clung to, which enabled them to face persecution with joy and remain faithful through trial, even to the point of death.

It is this hope that I am desperately clinging to in these days of civil unrest and upheaval. I have to cling to the hope that we have a Savior who sees, who cares, and who acts or I would be crushed under the weight of my own grief and suffering.

It is this hope that allows my heart to remain tender before the Lord and before a world that would seek to snuff it out, and to rid myself of any bitterness that would try to take root.

It is not an easy task and I, by no means, do it perfectly. I’ve had seasons where every single one of my roots were bitter. But I’m learning what it is to hope in God and to put everything in its proper place.

To not allow my suffering to cause me to walk in ways that are counter to what He has called me to – to love my neighbor, to pray for my enemies, to forgive those who sin against me. And to walk humbly before a God who desires mercy more than He does sacrifice.