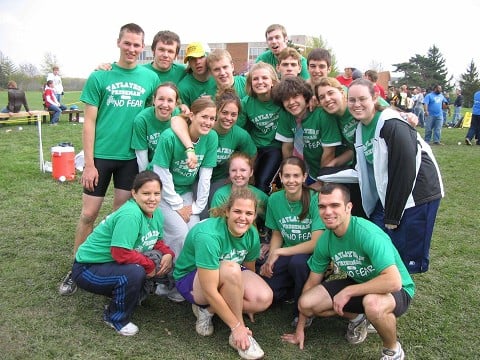 Four Taylor University classmates of my children Seth and Estie were tragically killed last night as they returned to campus in a van.  A Taylor employee died too. A semi-truck crossed the median and plowed into them. Estie called shortly thereafter, pouring out her anguish in a voicemail.

I’ve come to dread the midnight call, shocked tones breathing news of some personal horror that has just occurred somewhere on the planet. It happened when my friend John Erickson was hit by a train at 19. It happened last September when one of our drama students was killed. His parents, Ed and Dee, continue to sift through their memories of him, looking for the redemptive hand of God.

The pain that the Rectors felt and still feel, so impossibly raw and unrelenting, will be a continual companion for these Taylor parents and for all those who knew the students well. Some have described it as a gift that no one wants, a severe mercy. But it seems facile to me to describe a knife to the heart that way. The Taylor President said, “We’re living a nightmare.”

Job’s friends are known for inappropriately philosophizing in a time that called for mourning, but their first instinct was their best. They sat down next to Job, put ashes on their heads, wept aloud, and didn’t say anything for a week. When death comes like this, that’s what you do – sit there and cry.

Estie just called – she worked with all these guys and knew them, one particularly well. She said that that friend made no bones about her faith in Jesus and she knows her friend is in heaven now. But Estie feels as helpless as I did when my friend John died. If you think of it, please pray for her, for the parents, and for the students and faculty who are mourning now.