Floyd
McClung is a godfather of sorts in modern missions. A leader at YWAM for years, he currently
lives with his wife, Sally, in South Africa. His view on Jesus’ call to disciple making is
critical to his own call. Here is his read on Jesus’ model: 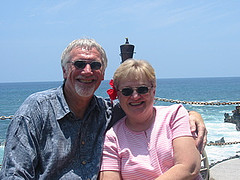 And He went up on the
mountain and called to

Him those He Himself wanted. And they came to
Him. Then He appointed twelve, that they might be with Him and that He might
send them out to preach… Mark 3:13

Called to Be With Him – Jesus method was personal
involvement. He called his disciples to be with him. Jesus disciples were
distinguished by one thing, and that was being with Jesus. Jesus disciples were
with him on trips, prayer retreats, times of worship, eating, sailing, and
fishing expeditions. They were together in the deserts, cities, synagogues,
homes, wedding feasts and funerals. They were with him more as a group than
alone.

The Few To Reach the Many – Jesus concentrated on a few at
a time so he could have greater effect on their lives. Jesus concern was not
programs, but people, people who would be fathers and mothers to the
multitudes. Though he had a vision for the whole world, he started by investing
his life in a few men and women. We cannot accomplish the mission of Jesus or
live the life of Jesus apart from the example of Jesus to select and disciple a
few people.

Total Surrender – Jesus expected his disciples to obey him.
They were not required to be the best educated or wealthiest, or most
prominent, but they had to be obedient. They were not selected based on their
age or education or gender but their willingness to forsake everything for him.
Jesus did not have the time to scatter himself around with those who wanted to
follow him on their own terms. Jesus spoke often about the cross. At least 16
times prior to his arrest he spoke about suffering and death.

Gave Himself – Jesus gave from his heart. He didn’t hold
back sharing personally he deepest challenges and temptations. He brought his
disciples close to him in friendship. He told them they were not his servants
but his friends. Paul did the same. He told the Thessalonians that he gave them
not just the gospel but his own heart. Programs don’t disciple people, people
disciple people.

Setting an Example – Jesus showed his disciples how to
live. Jesus invited them to participate in his doctrine, not to study it in
theoretical isolation. He proved the relevance of what he taught by doing
truth. Class was always in session. Discipleship was a way of life. Jewish
disciples were expected to observe their teachers/rabbis and to learn by asking
questions and then applying to their own lives what they observed. People do
what they see and hear. First came heart connection then ministry
responsibility.

Sharing the Load – Jesus involved his disciples in the
work. He gave the church back to them, rather than leaving it in the hands of a
few priests. Jesus accomplished the work of ministry by giving opportunity and
responsibility to as many who would help carry the load. Delegation was more
than a nice gesture to include a few people. The great commission to go and
make disciples was God’s way to accomplish his plan of redemption. We are men
and women who have been delegated a responsibility. The question is: will you
fulfill your part? Practically it started with small, manual responsibilities,
but it grew from there.

He Assessed Them and Gave Them Feedback – He supervised
them. He gave responsibility with accountability. Experience is not the best
teacher, evaluated experience is. There was no failure to Jesus, just
opportunities to learn. He heard their reports, rejoiced with them, and moved
forward from there.

Reproduction in Every Sphere of Life – Jesus expected his
disciples to reproduce his life in others in everything he did. Marriage and
family. Work and sports. One on one, family on family, cell on cell, house
church to house church, congregation to congregation, business to business. We
must evaluate the faithfulness of our lives by whether we are reproducing what
God has given us in the lives of others. Through intentional relationships.

Conclusion: Personal disciple making is the Jesus way of
influencing people, launching a movement, doing ministry and engaging the
culture. No one is exempt from doing it his way. We cannot improve on how Jesus
modeled ministry for us in the word. Though he came to reach the whole world he
did it one person at a time.