Foundations of missions: Our Calling (part 5)

Continued from: Foundations of missions: Our Calling (part 4)

We’re looking at our calling thru the lens of Paul’s example as found in Acts 26:16:

I have
appeared to you to appoint you as a servant and as a witness of what you have
seen of me and what I will show you.

“…a witness of what
you have seen of me…”

You can only witness to what you have seen
of Jesus.

Some of us hide behind the excuse that “my faith is a
personal thing”, when in fact, we haven’t seen enough of him to make an impact
on us. Growing up, I was anything but bold about my faith. I said I had a personal relationship with
Jesus, but frankly, it wasn’t that personal.
It was kind of a borrowed relationship with Christ. I borrowed from my parents, I borrowed from
my pastor, and from a few of my friends.
So I didn’t have much boldness. I
mostly fumbled with words when it came my time to share who Jesus was to
me. 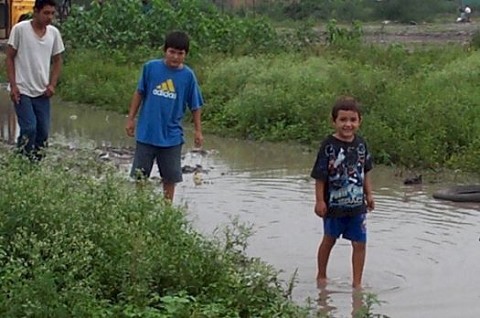 On the trip I took to Mexico a while back, that’s how
most of the adults were. The rain that
was falling all the time and the mud under their feet seemed to bog them
down. Instead of praying for boldness,
and speaking accordingly, they mumbled borrowed words. Their faith was not personal, it was barely
existent.

Still, by trying, by putting themselves on the firing line,
they saw great things happen. I walked
around with a group of them while the rain beat down on us. We were soaked even under our ponchos. The water underfoot was so deep that our
knee-high boots filled up with water.
Yet as we walked from home to home, asking if we could pray with people,
a great thing happened. People saw our
sincerity and they responded. One woman
whose ten year old was little more than a vegetable asked us to pray. A woman whose three year old daughter named
Ceclali was deaf and mute asked us to pray.

Eventually, there were fewer of us walking from door to
door, but I noticed that people were getting bolder. The last home we visited, we had to walk
through what looked like a lake to get to the front door. The lady’s name was Alicia. She had been seeking Jesus, but could not
embrace him. Yet she saw how much we
loved her children who had been playing with us in VBS, and she saw how much we
cared about her in wading through the water to get to her door. When I boldly told her that we were offering
her the words of eternal life and that today was the day of salvation, I didn’t
much look like the little adolescent whose faith was not personal. She accepted Jesus that day, partly because
she had sought him so long, and partly because of the boldness of our
presentation.

Robert M. McCheyne said, “It is not great talents God
blesses so much as a great likeness to Jesus.”
To be like him or to share him with others, we must first see him.

“a witness…of
what I will show you”

Your witness changes as Jesus progressively
reveals Himself.

Our testimony is like bread – it must be kept fresh. If allowed to grow old, it’s staleness
becomes evident. Our walk with Jesus is
a daily ongoing thing. Our testimony or
witness of his power in our life should be continually updated as he continues
to regenerate us and show new aspects of His character. He has promised to show more of himself as we
walk with him.

Charles Spurgeon said, “Men do not drop into the right way
by chance; they must choose it, and continue to choose it, or they will soon
wander from it.” The point here is that
we must continually choose to walk in the right way and to grow in Christ and
as we do so, we have a fresh witness. We
share with others our own ongoing experience.
People need to hear an immediacy and relevance in our witness. They know what day-old bread looks like. They don’t want crusty stuff, they want
reality.