Getting a revelation from God

Yesterday I wrote a blog describing how a year and a half ago, God spoke to me about his heart for the orphans and my responsibility to help care for them. It was deeply personal and convicting. Seven people responded to the blog and together, maybe we can help a few orphans. For those who re…
By Seth Barnes
25 February 2008, 12:02 am
By Seth Barnes
25 February 2008, 12:02 am

Yesterday I wrote a blog
describing how a year and a half ago, God spoke to me about his heart for the
orphans and my responsibility to help care for them. It was deeply personal and convicting. Seven people responded to the blog and together, maybe we can help a few orphans. For those who responded, let me tell you how much it meant to me – thank you. 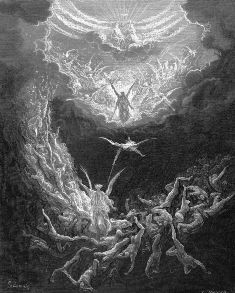 There is a big difference between
reading James 1:27, which declares that true religion is “to look after orphans and
widows in their distress” and being told that you need to invite them onto your
front porch and into your kitchen. It’s the difference between words written on paper and something convicting and powerful written on one’s heart.

One of the primary differences
between the Christian faith and other faiths is that we believe in a personal
God who speaks to us. Jesus repeatedly
tells us that his sheep “listen to his voice.”
The book of Hebrews begins by saying, “In the past God spoke to our
forefathers through the prophets at many times and in various ways, but in these last days he has spoken to us by his Son.”

God has always been interested in
talking to us and us listening to him.
He uses a lot of different means – at various times, he has creatively used a chicken, a donkey, and a bush to convey his words to people. And he speaks universally to us thru his Son. The book of Hebrews goes on to reiterate multiple times that we should
listen to his voice. The question is not if he is continuing to speak to us in a variety of ways today, but whether we will listen to his revelation.

There is a group of Christians
who don’t believe this. They are called “cessationists.” They say that God only speaks thru the Bible, using 1 Corinthians 13 to justify this.
They say that revelation ceased around 100 A.D. when the last book of the Bible was written. They would have me look at
James 1:27 and realize that I need to do something about orphans. The fact is – I didn’t. I needed a personal revelation about how he
feels and about my responsibility in order to get my butt in gear.

I was brought up as a cessationist. I had never heard God speak to me in a personal way, and although my mom had been miraculously healed of cancer, I didn’t get it.

I didn’t realize it, but my stance made reading the Bible an abstract
exercise that left my Daytimer and my checkbook intact. If God
no longer spoke, I didn’t have a responsibility to listen to his voice.

Maybe this blog is coming across stronger than I intend – if so, it’s because cessationism gave me a milquetoast faith – I never really had to risk anything since God couldn’t personally challenge me about the way I was applying Scripture. Jesus dealt with
people who believed that sort of thing harshly in his day, but I couldn’t see that he needed to do the same with me. My life was marked by an absence of power. I was generally unaware of the powerful way that God is moving around the world to use miracles to grow his church.

Since then, God took the blinders off and my life is so different! If somebody could have taken me to Mozambique, I’d have gone from being a doubting Thomas to being a believer. If I could only have met those who’ve been raised from the dead or had their blind eyes opened. Instead, he spoke intimately and tenderly about his love for me, a hard-headed knucklehead. And at that point my theology had to change.

If you struggle as I did, maybe your path to hearing his voice will be different. This much I know, if you get involved in missions and see the gospel advance, you can’t help but acknowledge that God is still in the miracle-working business. Doubters have been discounting Jesus’ power ever since he walked the earth. Jesus addressed people who are heavy on doctrine but have no power in Mark 12:24, saying: “Are you
not in error because you do not know the Scriptures or the power of God?”

For most of my life, I couldn’t hear from God, knew nothing experientially of his power, and misinterpreted the Scriptures. Maybe others of you have had that experience.

More of us need to listen for God’s
voice and learn about his power. His
general revelation thru the Bible stands intact – nothing needs to be added to it. But we need a lot of help in applying it. How sad for us if we fail to listen
to his voice. He wants to speak to us
about his heart – his heart for the widow and the orphan, and his heart for us.

*If you’re interested in learning more about this subject, a book that really helped me was Surprised by the Power of the Spirit by Jack Deere. If you want to learn to listen for God’s voice, check out my book, The Art of Listening Prayer.