Getting the poetry back in your life: Over the Rhine

I don’t know about you, but there’s not enough poetry in my life. My soul has chords that need to be strummed far more frequently. Sunday night we (Messners, Mark, Amanda, Sarah, Aimee, Katy) saw a group I knew nothing about called Over the Rhine. What a great surprise! The band is…
By Seth Barnes
18 April 2007, 12:04 am
By Seth Barnes
18 April 2007, 12:04 am 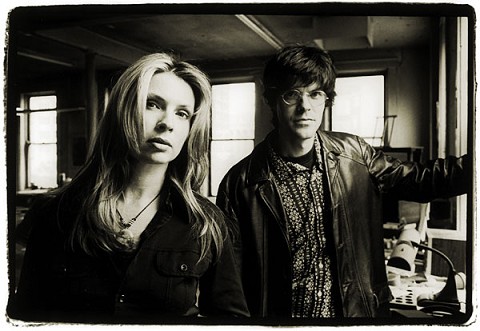 I don’t know about you, but there’s not enough poetry in my
life. My soul has chords that need to be
strummed far more frequently. Sunday
night we (Messners, Mark, Amanda, Sarah, Aimee, Katy) saw a group I knew nothing about called Over the Rhine.

What a great surprise! The band is really a husband/wife team. Linford Detweiler is a poet who happens to
write music and Karin Bergquist is an amazing singer who reminds you of Ricky
Lee Jones.

Detweiler is provocative, but writes simply. Listen to him describe one of their albums:
“These songs are representing different characters who are all dying to
live a life worth remembering.” You can’t help thinking, “Am I living a
life worth remembering? Would anyone
sing songs about me?”

What a breath of fresh air it was to watch these two
Jesus-followers not only share the parts of their lives that they’ve put to
music, but do so in such a human and transparent way. I looked on line and found Detweiler saying
this about their music:

“When I had the chance to learn more of Karin’s story, I
realized that partly what moved people about her singing was the fact that her
voice was directly connected to the part of her where her pain lived. Sometimes
what comes out of Karin’s mouth is as much crying as singing. It doesn’t get
any more universal than that. One thing about being human: we all know what it
feels like to hurt. Art in general, especially good art, whether it’s music,
painting, dancing, writing, acting, has everything to do with man’s search for
healing, for meaning.

I draw mostly in intuitive ways from my life’s story, the
stuff that has happened to me, the people I’ve met. Music has been an inspiring
means of making sense of the past, figuring out where I’ve come from, what I
care about, believe, long for. The eight cd’s we’ve made in the last ten years
are my way of expressing gratitude for the opportunity I was given to become a
human being. And doing something creative for a living has allowed me to retain
a sense of humor.

Recognize the fact that we’re all writing a story with our
lives whether or not we ever bother to pick up a pen. Take good care of the
cast of characters you’ve been given, they are essential to your story. You are
your own protagonist. And antagonist. Turn the pages with care. Take care not
to miss the good parts. And as far as the pages that we all would love to
re-write: there is such a thing as grace.”

If you need a little poetry in your life, check out their lyrics. Here’s an example:

The last time I saw
Jesus

The last time I saw Jesus

I was drinking bloody mary’s in the South

In a barroom in New Orleans

Rinsin’ out the bad taste in my mouth

She wore a dark and faded blazer

With a little of the lining hanging out

I knew that it was him without a doubt

I said the road is my redeemer

I never know just what on earth I’ll find

In the faces of a stranger

In the dark and weary corners of a mind

She said, The last highway is only

As far away as you are from yourself

And no matter just how bad it gets

It does no good to blame somebody else

What’s revealed when you’re not looking all that close

How we put to death the ones we need the most

I know I’m not a martyr

I’ve never died for anyone but me

The last frontier is only

The stranger in the mirror that I see

But when I least expect it

Here and there I see my savior’s face

Falling for the entire human race