Gifts We Didn’t Know How to Receive

When I was a nine year-old boy growing up outside Washington DC, we had some older neighbors across the street. Jim Latta had worked for seven Presidents as an assistant in the White House. Apparently one of his jobs was opening the President’s mail. One day Mr. Latta said to me, “I’d like to …
By Seth Barnes
28 May 2020, 12:05 am
By Seth Barnes
28 May 2020, 12:05 am 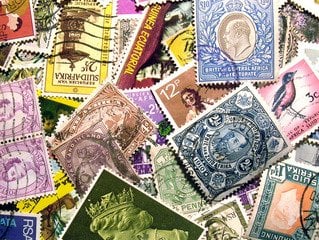 When I was a nine year-old boy growing up outside Washington DC, we had some older neighbors across the street. Jim Latta had worked for seven Presidents as an assistant in the White House. Apparently one of his jobs was opening the President’s mail.

One day Mr. Latta said to me, “I’d like to give you a precious gift. Because I handled so much mail at the White House, I collected the stamps on envelopes. I’ve compiled a large stamp collection and I’d like for you to have it.”

He then handed me two massive books – the size of New York City phone books.

I had no idea what to do with them. I’ve never been one to collect much of anything. I start things and give them to other people, but I have no interest in things that collect dust.

So for years they sat on my bookshelf. Eventually I went off to college. And as I prepared to graduate and fly to Indonesia for my first job, I knew I could only take a few things with me.

I thought, “I wonder what I could get for these old stamp collections? They’ve got to be worth a lot.”

I found a stamp collector outside Chicago and took the stamp collections to him to evaluate. He thumbed through them and seemed unimpressed. He looked up at me and said, “$20.”

But I think he could sense I was in a hurry, and he knew that I had no clue about their value. He wasn’t budging and so, I gave him what may have been a priceless stamp collection for $20.

Now I look back with regret. Mr. Latta had given me a gift that I didn’t know how to receive. If he gave me instructions about it, I forgot them. At 21 years of age, I gave away an inheritance.

And some of us, having grown up in spiritual poverty with not much of an inheritance are called to trade the spiritual rags we have inherited for an even greater treasure. Jesus talked about this to his disciples (Matt. 13).

So many of us have received gifts, but don’t know their value or how to steward them. We’ve been given families to love, homes that are safe, and a world full of opportunities. Do we see these gifts for what they are?

One place to start is to make an inventory of your gifts. Begin with yourself: Are you in good health? Do you have food on the table? Do you have strengths you feel confident about? And then take a look at your family and friends – so many of them are gifts to you. Make a list and ask God how they are gifts.

Why not start now – what gifts have you been given? How are you stewarding them?