Quick – where is Christianity growing the fastest in the world? Answer: Iran.  Who would have guessed that? Iran, of all places, that hotbed of Islamic revolution and fervor. Operation World says that Iran (whose leader once called America “the Great Satan”) is experiencing faster growth…
By Seth Barnes
04 January 2018, 12:01 am
By Seth Barnes
04 January 2018, 12:01 am 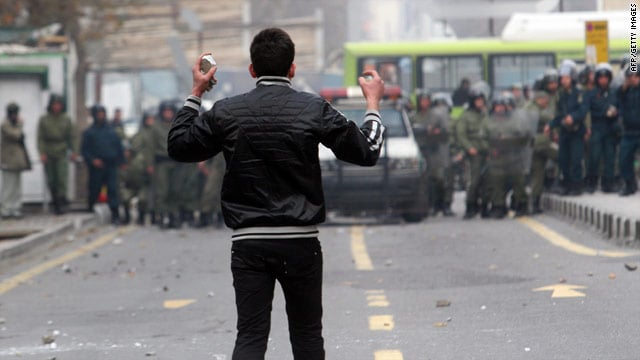 Quick – where is Christianity growing the fastest in the world?

Answer: Iran.  Who would have guessed that? Iran, of all places, that hotbed of Islamic revolution and fervor.

Operation World says that Iran (whose leader once called America “the Great Satan”) is experiencing faster growth in its church than anywhere in the world.

Every day the headlines from Iran show unrest. Revolutionary guards were just deployed yesterday to put down the uprising. People don’t like the rule of the Muslim clerics and are now dying in the streets in protest.

But for years now, Iran has been undergoing change. Unreported in the national media is the spiritual change that is transforming the country.

The National Catholic Registry quotes a source that says “there are 3 million Christians in Iran.”

Reza Safa, who used to be a Muslim in Iran, is now an evangelical pastor. He declares, “Despite severe persecution by the Iranian government against underground churches, God’s Word is spreading like a wildfire all over Iran.”

More Muslims have come to Christ in the last 20 years than in the previous 13 centuries combined. Safa believes that Iran will be the first Islamic nation to convert to Christianity.

How did all this happen? It looked bleak in 1979 when the Iranian revolution established a hard-line Islamic regime. All missionaries in Iran were kicked out and some pastors were killed.

But, as Patheos reports, “Despite continued hostility from the late 1970s until now, Iranians have become the Muslim people most open to the gospel in the Middle East.”

We in America need to recognize that often the media is missing the real story – God’s story of changed lives in places where we least expect. He is on the move in Iran and in other countries like Afghanistan (ranked 2nd after Iran).

Will the Church in Iran be the same catalyst for political change that the church in Romania was in 1989? Spiritual change in a nation inevitably manifests in more visible ways. However you read the tea leaves, the news from Iran is good.

Something that the USA and Iran hold in common: the god of fear is being challenged in both countries. If you find yourself fearful, the words of Jesus still ring true wherever you find yourself in the world: “Fear not.”

Dreaming of a move of God