God wants us to experience his power

A couple of weeks ago, I posted about the amazing things that God is doing in India. As Taryn Neurohr reports, it just keeps getting better. The God she knew before the race has become so much bigger. She knew the God of “right doctrine” and “good sermons”, but this year, she has met the God of p…
By Seth Barnes
08 October 2011, 12:10 am
By Seth Barnes
08 October 2011, 12:10 am 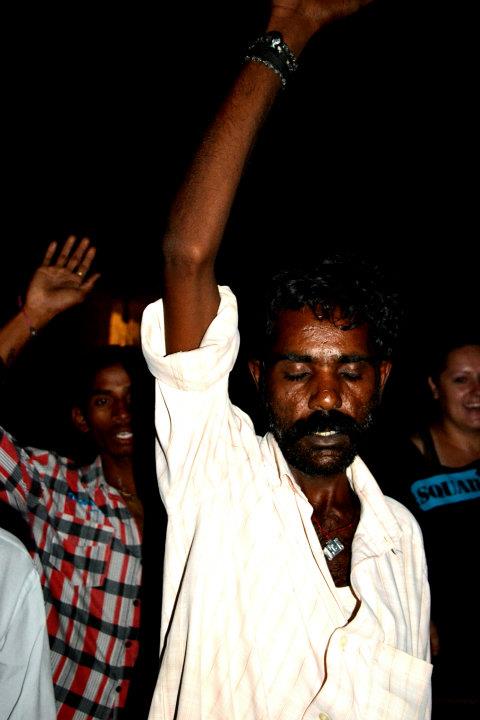 A couple of weeks ago, I posted about the amazing things that God is doing in India. As Taryn Neurohr reports, it just keeps getting better. The God she knew before the race has become so much bigger. She knew the God of “right doctrine” and “good sermons”, but this year, she has met the God of power. It has changed everything. Taryn shared this yesterday:

It has been an absolutely MIND-BLOWING 3 weeks here in India. I have seen things here that I believed I would see, but the weight and magnitude of God’s glory in it all is almost too much for words. I came on the World Race believing with all my heart that I was going to see miracles happen before my very eyes. I have heard countless testimonies of the miraculous from past World Race blogs and from my church back home, and I have been CRAVING to see it for myself.

In Romania, me and my team wanted to dive more deeply into the power of prayer
and it wasn’t until this month that God really showed up with His
power. The first week blew us all away when a whole village got healed
instantly and there were countless people coming to receive Christ for
the first time. The second week just kept bringing more of the same.
To be honest, it got to the point for me where I found myself saying
“Oh, just another salvation” or “Just another headache healed.” I had to
fight that mentality because I know that even one person asking to
receive Christ is absolutely amazing. The angels dance wildly in celebration over one man, woman, or child asking Jesus to be their Savior!
But I still wanted to see more. And the Lord brought His glory like never before in this last week of ministry.
We had the privilege and honor of having Garrett, one of our bold
squad leaders, with us for the first 2 days of this last week. He
brought so much energy and encouragement to the people and I absolutely LOVED
hearing him speak life over the people. Our first night in one of the
villages, we were all together when we came to an older man who had
been bed-ridden for 3 YEARS.
This man was not able to walk at all. It was evident by the appearance
of his dangerously thin legs that had atrophied over time. But we came
and we began to pray for him. We prayed once and he felt nothing at all.
So we were about to leave and go to another house when our translator
looks at me and asks “Do you want to pray again?” So we did. And as we
prayed a second time, he began to move his legs.
What I witnessed next I will never forget. The man got up on his feet and took his first steps in 3 years! I found myself with bulging eyes in awe of what I was seeing. We all began shouting praises to Jesus and started laughing with overflowing joy. I looked at Garrett and we just exclaimed “WHAT JUST HAPPENED?!” I was STUNNED
by what happened that night. I thought to myself that if I never saw
anything else like that the rest of the week, that would be OK.
But God is too awesome to stop there. The grand finale
came on our last day of ministry. We went to two villages in our last
day and in the first village, we prayed for a woman who had not walked
in 3 days. Immediately after our prayers, she got up and walked around! In the second village, there was a man who had not walked in 6 months. You can guess what he was able to do after we prayed for the Holy Spirit to come.

Aside from these people getting up and walking, we had MOBS
of men, women, and children around us asking us for prayer. I had
people grabbing my hand and putting it on their head just so I could
pray for them.
I shared the Gospel with one man and as he prayed to receive Christ, I heard a chorus of voices repeating the prayer with him. I opened my eyes and saw a swarm of children and teenagers asking Jesus into their hearts. WHAT?!?!
I asked our translator, Abraham, if this is normal for everyday
ministry. He said it wasn’t. It was just as crazy for him as it was for
us. He’s been part of this ministry for years and he has not witnessed
things like this happening on such a frequent basis.
I have literally witnessed healings and salvations every single day of ministry here. Every. Day. It has been a whirlwind of goodness and blessings in India. And greater things are still to come! Come on Jesus!

I love this God that Taryn is getting to know. If you’ve only ever met the God of “right doctrine”, let me invite you to get to know the God of power who is moving around the world in ways that will confound and delight you. What God do you know?