God will vindicate you if you wait

Jennifer Smith told me this amazing story. I thought it was a great illustration of the principle that God will vindicate you if you’ll just trust him with your reputation. Ten years ago I was a different person. I was a crack-head and a prostitute. I was walking around the corner to go o…
By Seth Barnes
03 November 2009, 12:11 am
By Seth Barnes
03 November 2009, 12:11 am 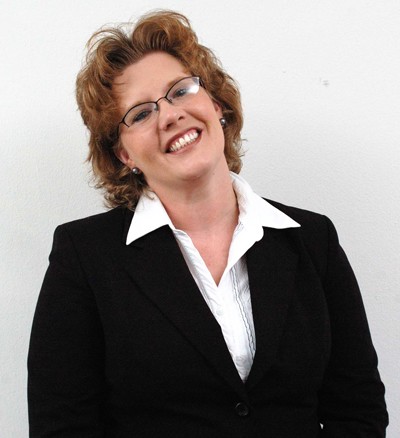 Jennifer Smith told me this amazing story. I thought it was a great illustration of the principle that God will vindicate you if you’ll just trust him with your reputation.

Ten years ago I was a different person. I was a crack-head and a prostitute. I was walking around the corner to go out to the streets one night. An officer pulled up to me and signaled me with his siren. He got out of his car and asked me my name. I knew that I had warrants for my arrest, so I lied to him.

He asked me if my name wasn’t in fact Jennifer. I knew I was a goner – he had me over a barrel. He then told me to go to the woods and have sex with him. So I did.
He threatened that if I told anyone, the consequences would be bad.

Well, I did tell someone. I told one of the good cops from the streets that very night. He was so upset that he begged me to go to Internal Affairs. After much arguing and very reluctantly, I decided to go. I pointed the man out and he was astonished at who it was.

The officer saw me later on a side road and hollered at me to get in his car. I was so scared! I knew he knew that I had turned him in. He cussed me as he drove me deep into some woods. And there he raped me. Afterward, he again threatened me, telling me that he was going to kill me if I said anything else about it.
I have never been so petrified in my life!

Coincidentally, I saw the good cop again that night too. I ran from him. He caught up with me and knew instantly that something had happened. Things progressed pretty quickly at that point. Before I knew it, I was giving statements and had got a lawyer…. only to be laughed out of the system. My witness was nothing to them.

For weeks and months, I hid out of fear. However, since the case went nowhere, the “problem” eventually went away. That is simply street life – survival.

Ten years passed and, out of the blue, a lieutenant called me. “Years ago you filed
charges on an officer, and now we have more information on that case. Ms. Smith, we believe you, and we
are sorry for all that happened to you.” WOW! It was a ghost in my closet that I thought the door had been shut on. I could have cared less for that door to ever be opened again. As far as I was concerned, I had truly forgiven this man and moved on by years!

But no, God never forgot my innocence, fear, or pain! I was His child, and He wanted to vindicate me.

I flew home to meet with a state’s attorney and the captain of internal affairs and all the others in the system who had degraded and rejected me. The system had identified me for years as the hopeless crack-addict and #G06524, but God said, “Jennifer, I have your name written in the palm of my hand!”

They asked me to testify in court on the state’s behalf and subpoenaed me.

My head and my heart were racing. I met up with my accountability group and my mentor for dinner that night. We all went to my room to cry and pray. These are the people, from years ago, that help me press through the pain and release the rape from the beginning, and they were here for me yet again, in disbelief that this was happening.

When the day came, I could barely breathe going into room C3. There he was to my right. Interesting how my eyes were drawn to see him first. Oh my goodness. He looked exactly the same. Sadly, I will never forget that face.

Again, my breath was taken away. I looked at the prostitutes, and I recognized them all. So tarnished! So ragged. I started gasping, literally, at what I had been delivered from! Here these women were still a part of the streets. They were there when I arrived to the streets, they were there the whole time I was on the streets, and there they were STILL on the streets. I was there for almost eight years. In November, I will be off for eight years. That is 16 total for them – one was in her late fifties and the other her sixties. My goodness! HOW?

Well, the officer ended up changing his plea to guilty! He then proceeded to turn to everyone and apologize for what he had done. I didn’t get to hear that apology. They were late getting me to the courthouse. I was very mad, to put it politely.

End result, he was pronounced guilty. He is never allowed to practice law enforcement again. The punishment seemed small, but I really do thank God that I have NEVER gotten what I truly deserved!

I had to ask God what in the world all of this was for. Why did I have to go through all of this again? It shook my life up… yet again.

God also told me that even though the system may have seemed to fail me, He was always there looking out for me. He sees the end from the beginning, and perhaps, this still isn’t over.

After the hearing, several of the law enforcement agents came up to me introducing themselves to me and said, “Ms. Smith, if there is anything in the future we can do for you, don’t hesitate to let us know.”