God’s big picture and your role

There’s a great battle underway around the world and it’s not the war on terrorism. It’s a titanic struggle in the invisible realm.   We may not like conflict, but we can’t escape the reality that there’s a king getting up from his throne to fight and reclaim his kingdom and that he’s ask…
By Seth Barnes
25 February 2010, 12:02 am
By Seth Barnes
25 February 2010, 12:02 am 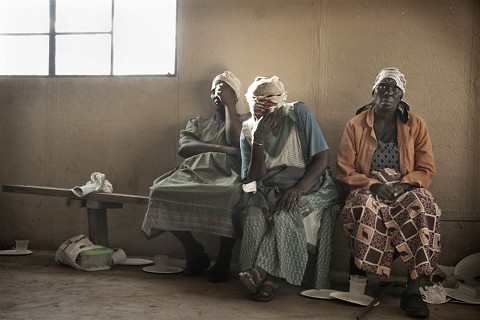 There’s a great battle underway around the world and it’s not the war on terrorism. It’s a titanic struggle in the invisible realm.

We may not like conflict, but we can’t escape the reality that there’s a king getting up from his throne to fight and reclaim his kingdom and that he’s asking us to fight for him. We may struggle like his original followers did to understand how or where to engage, but the fight is real. Great multitudes of people are trapped by a dark lord. They live in prisons of hopelessness and despair. Our king’s mission, if we choose to accept it, is that we liberate them.

You know it’s true. So many of our most popular movies speak of this reality: Star Wars, Lord of the Rings, Narnia, Avatar. They tell the age-old story from Genesis of a king fighting for his kingdom. The first thing Jesus said about his role on the earth, quoting Isaiah, was that he had come to set the captives free. And now that he’s freed us, we need to join him in his quest.

Some of us have made the decision to do just that. But too often we think the issue is where and how we can fight. We spend years just discovering our identities as citizens of the kingdom. Slowly, (through experiences like the World Race), we become viscerally aware of the fact that there are vast numbers of people in captivity. And we become aware of our role as liberators. But then we sit wondering, “How do I enter the fray? Will I be in the right place? Am I adequate?”

These are good questions, but they miss the point. The point is you are a liberator and you need to get in motion and begin. Don’t worry about the how and where so much.  Instead, pay attention to the question, “Who?”

Yes, it won’t be perfect, but it will be a start.

Talk to any of us who have been at it for a while. Did we get wounded? Did people let us down? Did it hurt? Absolutely! But that is how we got going and began to learn. Gradually we began to see the field and understand what was going on. As we persevered, we became stronger. We began to dream God’s dreams.

Life is too short to sit on the sidelines. Find someone you trust and get going!