Greatness has little to do with your competence

I’m in Florida with my college friends. We’re going fishing for sailfish or shark today. I guess you could say that we’ll be flirting with danger. It’s the sort of thing we guys do on occasion to remind us that we have the capacity to be dangerous. Along those lines, in yesterday’s blog, I sh…
By Seth Barnes
11 April 2008, 12:04 am
By Seth Barnes
11 April 2008, 12:04 am

I’m in Florida with my college friends. We’re going fishing for sailfish or shark today. I guess you could say that we’ll be flirting with danger. It’s the sort of thing we guys do on occasion to remind us that we have the capacity to be dangerous. Along those lines, in yesterday’s blog, I shared how
I got to Cambodia during the time of genocide in 1979. Today, I continue the story… 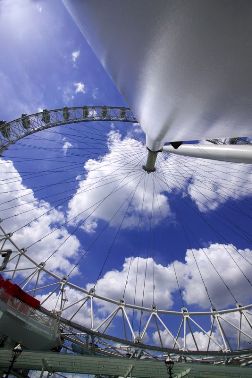 I had no motorcycle experience, but was given a motorcycle to ride to camp
everyday. I wiped out on my first effort, the motorcycle slipping out from under me as I attempted a right turn.

I had received no training for any of this.
Hundreds of starving refugees were looking at me for answers and I
couldn’t even ride a motorcycle. If
there was a greatness in me, it was hiding somewhere far out of sight. All that anyone could see was my obvious
incompetence.

I arrived at the refugee camp
with bloody palms, because when I wiped out the motorcycle, that’s how I caught
myself. When they put iodine on my
hands, I fainted.
In the distance we could hear the
boom of artillery from the Vietnamese army fighting the Khmer Rouge. And three
things were immediately obvious:

1) the refugees raising the
chickens and pigs were waiting to be told what to do.

2) We’d run out of water for the
pigs to drink,

3) we were infested with a plague
of flies.

Now, I was just a 21 year old
punk, what did I know about any of this?
Who was I kidding? I was over my
head, on Mr. Toad’s Wild Ride and looking for a way to get off. This was not how my romantic vision of saving
the world was supposed to work.

Can you relate to feeling
incompetent in a world that seems out of control? I wouldn’t blame you if you’ve come to
believe that the world is getting worse and there’s no greatness in you to stop
it. But the ironic thing is that it’s
not. It’s actually getting better at an
astounding rate. Around the world, the
church is making in-roads to the kingdom of evil at an astounding rate. If you don’t believe me, read Megashift,
a book that details how this happening around the world.

This lie we’re being fed on CNN
everyday is a crock. I believe that it’s
the Matrix. It’s all stuff and nonsense,
and like Neo, we need to get out of the cubicles before it’s too late. Take the red pill.