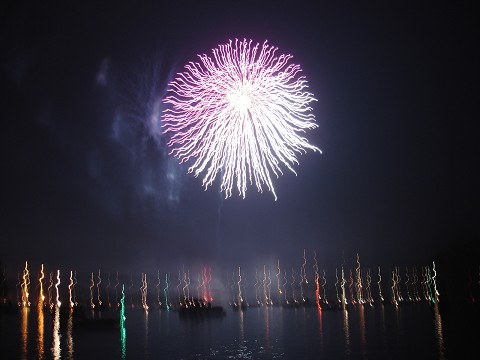 How ironic that today we celebrate independence from tyrants when only recently, we voted ourselves more government programs and more taxes, the very thing we fought a revolution to resist.
What a strange epoch in which we live, when the Prime Minister of Russia can chide America for becoming too socialist and for moving too far in the direction of dependence on the state. We are in the process of granting government increased control over our lives in many areas, and in the process, are setting in motion a cycle where our children or grandchildren will once more have to fight for independence.
God wants us free to choose him, but he also longs for us to subordinate our freedom and choose to become dependent, not on the state, but on him. We have swung the pendulum so far in the direction of independence when it comes to faith that we no longer really need God. Our stacks of insurance policies represent an effort to minimize the chances of having to depend on anyone other than ourselves.
Our independence hurts us most when it comes to relationships, whether they be our relationships to God or man. God created us as social creatures, so when teenagers disappear behind the X-box and stop interacting with others, they actually stunt their growth. Again, ironically, they fail to develop the very social skills that would one day enable them to be more fully independent and able to fully choose a healthy life.
Jesus came to set the captives free. He proclaimed liberty and was forever giving people the opportunity to exercise choice – to choose to follow him. He breaks the chains of captivity, but asks for a relationship that limits choice, that forces dependence.
Sometimes independence is a good thing, something to be celebrated, and sometimes it collapses inward on itself and creates a narrow, freedom-limiting lifestyle such as befell Orson Wells’ character in Citizen Kane. We all serve something. Even Jesus had to learn dependence. We live in a world of inescapable interdependence. Try to fight it and you end up caught in some prison of your own making like the Unabomber living in a cabin in Montana.
So today, we need to not only celebrate our
independence from tyrants who tax too much, but move closer to our
creator who is wooing us into a relationship where we depend on him and
trust him in radical ways. I’d therefore like to propose that for those
of us who follow Jesus, we celebrate a day of dependence on him. Let’s
make July 5, a Sunday this year, Dependence Day.
Choose your poison – what will you depend on? Where  will you invest your energies and passion? What will you rely on as a source of hope in your life? I believe that God is wooing us, asking us to subordinate our will and depend on him. More of us who are practiced in the ways of independence need to swing the pendulum back in the direction of finding ways to depend on our creator. One day we all depend on him to resurrect us and give us a life beyond the grave – why not begin depending on him now? And while you’re at it, join me in celebrating your dependence on him tomorrow. Happy Dependence Day!