Have faith – it’s better than you think

I’m sick of reading the news.  The drumbeat of negativism is relentless.  And the local TV news is the worst.  To listen to it, you’d think that we should all join Job, curse God and die.  Listen to it: 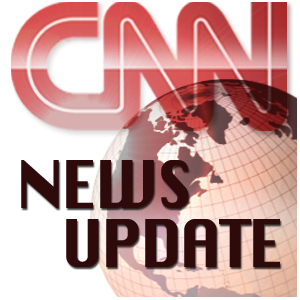 “Iraq is a mess.  Afghanistan is worse.”

“Global warming will kill your grandkids if it doesn’t kill you.”

“The subprime mortgage crisis means the economy is going in the tank.”

“Obama is callow and McCain is old and crusty.”

Let me give you a clue – if you’re looking for problems, you don’t have to do anything, they’ll find you.  But if you want encouragement, or even reality, you’re not going to find it on the local news.  You’re probably not going to find it around the water cooler at work, or even in many of our churches (where the best response they’ve got seems to be, “Pray for Jesus to return, because this world is a lost cause”).

Is the world winding down or is it getting brighter?  Maybe it’s time for a paradigm shift.  Here’s something that may surprise you: The world is probably doing a lot better than you think – you’re just listening to the wrong people.  If you were able to tap into God’s news network, here are some of the things you might hear:

So what’s reality?  I think it depends on what you believe about God’s master plan and who you’re listening to.  Andrew Shearman likes to say, “We don’t belong to some dipstick little operation – He’s the Lord of the harvest.  And the harvest is the curtain of history.”

I’m fortunate to travel the world and see many perspectives.  One thing I note is how much more optimistic and faith-filled Christians are in other countries than they are in America.  Many of us have become a sour, negative bunch.  We’ve been tuned into the wrong sources and have filled our minds with glass-half-empty information.
Things are much better than we have allowed ourselves to believe!  Our side is winning; the enemy of our souls may have the terrorists, despots, and news anchors, but we’ve got the momentum of history and an army of kingdom warriors that is bring hope to dark places around the world.

If you’re feeling low and angst-filled today, I suggest you consider turning the dial.