We have a mental health crisis and people are looking for answers. Are there any? Living in this lockdown world the past two years, at times I’ve been confused about what my life is about. With death from the virus a daily reality, what hill would I be willing to die on? Nothing is more im…
By Seth Barnes
14 December 2021, 12:12 am
By Seth Barnes
14 December 2021, 12:12 am 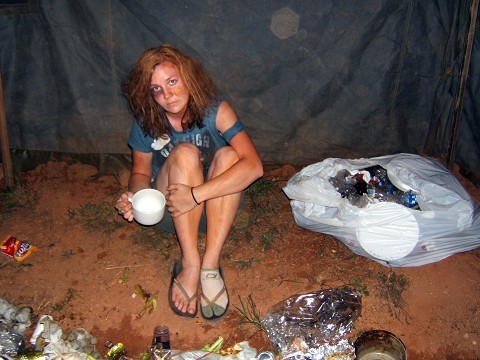 We have a mental health crisis and people are looking for answers. Are there any?

Living in this lockdown world the past two years, at times I’ve been confused about what my life is about. With death from the virus a daily reality, what hill would I be willing to die on? Nothing is more important than coming to clarity about that.

And as a follower of Jesus, I am challenged to live how he lived. The Bible tells me, “Whoever claims to live in him must walk as Jesus walked.” (1 John 2:6)

So, the hill I’m willing to die on is showing others that Jesus and his way of living is exactly what people need today. Where we often get stuck is in defining what that means. We fall short when we define it in terms of religious traditions.

11 years ago I wrote about it in this blog. Yes, I accepted Christ as my savior as a child, but as I grew, I had to come to grips with what that commitment would cost me. For years I’ve been stirred by the question: How would Jesus disciple if he were starting over today?

Jesus’s model of challenging his disciples reached its greatest intensity as described in Luke 9-10. It’s a model where, early in their time together, we see Jesus sending out his disciples with no resources so as to demonstrate the power of God to a hurting world.
I asked that question in building AIM. Jesus is still wanting to introduce young people to a hurting world where their hearts can be broken and reformed around God’s priorities.
I’ve found that when you do that, Jesus shows up over and over again as he has for Sarah, Sonya, and a girl in Malawi whose name I don’t know.

These situations break the heart of Jesus and I think he wants our hearts to break too. He looks at these girls, each living a personal horror show with no one watching and he says, “This is not OK!” I think he’s looking for someone to take up their cause.

The irony is that so many young people in America are bored and self-absorbed. They sense that their world is too small. It feels too claustrophobic to them. If they see a chance to make a difference, many will jump at it.

Given this, Jesus’ example looks not anachronistic, but exhilarating. Jesus didn’t give his disciples the pablum we offer in so many churches – he gave them the red meat of impossible situations that required supernatural intervention.
I’ve always been committed to the theory that what Jesus said and did applies to today without any updating or watering down. When I was a kid, I was given the theology that he no longer moved in power. But it just seemed harder to believe that than it did to believe the opposite: the possibility that his methods are the same today as they were in Galilee.
If Jesus were walking the earth today, I don’t think he’d embrace the discipleship method so popular in America. I don’t not think he’d give us more information. I bet he’d have us book a few flights and take us to the world’s slums and dumps to pray for people instead.
I think he’d send his disciples to the world’s dark places. Countries like Moldova where 90% of the young people leave the country and a quarter of them are trafficked. Cities like Manila and Phnom Penh, where hundreds work in the garbage heaps. Countries like Eswatini where at one point AIDS afflicted 44% of the adult population and caused the orphan population to skywark. Places like Newark, Denver, Toronto and L.A. where people are lonely, cynical and in need of a touch. Hospitals and nursing homes, city streets and holler roads.
And I’ll bet that if Jesus were calling out his disciples today, he’d spend more than just a few hours a week with them helping them to discover what it means to walk out their faith in a complicated and harsh world. I’m guessing that he’d prod them till they got to the point where they were willing to risk all for the dream of establishing his kingdom.
None of this is new, though it sounds almost crazy to our modern ears. It’s nothing more than listening to his voice and moving out in obedience. It doesn’t fit into a curriculum or a program or a classroom.
Jesus is still dreaming of a generation that will live to see the glory of God cover the earth. I believe he’s waiting for young people who are willing to take him at his word.

Principle of Ministry. Ministry happens when God, you, and the world intersect. Understanding…
22 June 2017

The Incredible Power of Discipleship

My mom introduced me to Jesus and she modeled a life sold out to him. She tapped into…